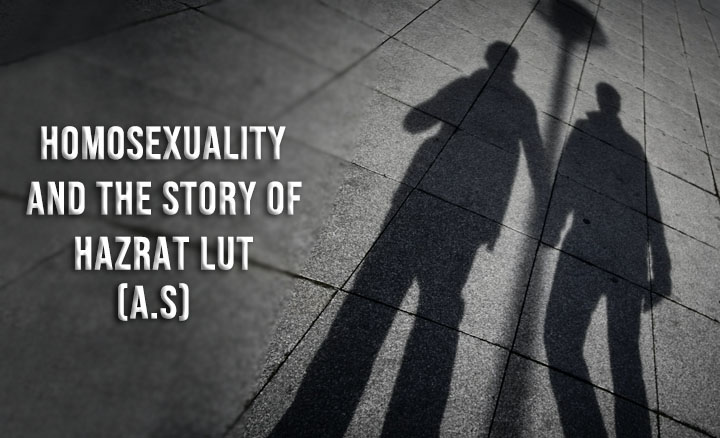 Homosexuality and the story of Hazrat Lut (A.S)

What Islam says about Homosexuality?

Islam is the only religion of which each and every rule and norm is based on morality, rationale, and in the favor of humanity. Islam has placed a great emphasis on the good parenting and upbringing of a child in a good environment, with the attention of both mother and father. The family could only be formed properly and the family could only be function on the right track, when two opposite gender own their responsibilities.

Male and female are designed differently and they both need each other to run the life. Not only humans but every other thing in this world is born in pairs (of male and female). Islam is the religion which does not support anything without purpose and particularly when things go towards vulgarity.

When we as humans support or do anything, it should have some purpose. Humans are blessed with brains which suggest that humans cannot do any activity without thinking. Hence, humans should think that whatever step they are going to take does that activity has some purpose? Or will their step is linked to ethical and moral standards?

As far as homosexuality is concerned, even animals (who do not have thinking ability) cannot go to same sex to fulfill sexual desires the how humans could go to the same sex when no rationale or logic support this action?

“And ˹remember˺ when Lot scolded ˹the men of˺ his people, ˹saying,˺ “Do you commit a shameful deed that no man has ever done before? [7: 80] ”

In Surah Ash-Shu’ara, Allah has also shaken the humanity by asking:

The people of Lut were the first to encounter or conduct homosexuality; prior to Sodom, nobody in human history had ever done this. This community accepted and participated in this shameful conduct on a continuing basis. They indulged in these immoral activities in the open, talked bluntly about it, and were incredibly proud of their behaviour.

Having accepted the Prophethood and his own duty, Prophet Lut quickly moved to Sodom and started to plan how to convert his countrymen to Islam. He has been completely conscious that his country was among the filthiest at the time, yet he remained faithful in his religion and prayed to Allah for those people to soon recognise their wrongdoings and follow Allah's pathway.

Lut was sent to one of Ibrahim's nearby communities as a messenger. People of that nation, as the Qur’an informs us, practised an immorality unfamiliar to the world until then, namely sodomy. They rejected Lut, ignored his prophethood, and continued with their immorality, even though Hazrat Lut (A.S) has warned them to stop and delivered Allah's warning to them. Still, people turned a deaf ear to Allah’s message.

Then Prophet Lut (A.S) raised the issue of homosexuality and let them know that this was an unethical behaviour. He (A.S) says:

“Leaving the wives that your Lord has created for you? In fact, you are a transgressing people [26: 166] .”

Prophet Lut grew anxious. Not a single individual in Sodom had converted to Islam despite numerous years of outreach. There was only one Muslim home in Sodom, and not every its residents have been Muslims. While Lut and his daughters remained loyal in their faith, his wife persisted in being a non-believer.

Ultimately, Prophet Lut (A.S) raised his hands to pray and said “My Lord, support me against the corrupting people. My Lord, save me and my family from what they do”.

Punishment of Homosexuality towards the nation of Hazrat Lut (A.S)

Allah sent three angels, including Angel Jibreel, disguised as young handsome men. The men entered the home, and Lut's wife, a non-believer, observed them as well as her husband. She quickly alerted the town's men that Lut was hosting three handsome young men in his home. After hearing the good news, the men of nation slowly gathered outside of Lut's home and started banging on his door.

After striking the males, Angel Jibreel came out of Lut's home and all of the men lost their vision. The men yelled, shocked and furious, "What's this magic that really touched us? What is the source of this? “O Lut! You are responsible for this. Tomorrow, you'll witness what we'll do to you”. The blind men then went back to their houses and made plans for the next day's destruction of Lut.

They [the angels] said, "O Lot, indeed we are messengers of your Lord; [therefore], they will never reach you. So set out with your family during a portion of the night1 and let not any among you look back - except your wife; indeed, she will be struck by that which strikes them. Indeed, their appointment is [for] the morning. Is not the morning near? [11: 81] ".

A loud, piercing scream boomed throughout the city as morning broke, filling the citizens with profound terror and agony. The country was then plucked from the bottom of Jibreel's wing, lifted into the air, bent, and smashed to the ground. The inhabitants of Sodom were then put to death by hard clay stones which fell from the sky.

Story of Hazrat Lut (A.S)’s corrupt and filthy nation is the example of Allah’s anger towards people who support and promote homosexuality. No matter, how much the world advance wrong would stay wrong and right would stay right. Quran is the scripture which decides what is right and what is wrong. Hence, we should be very careful that whether our every deed and every action is up to the teachings of Holy Quran.