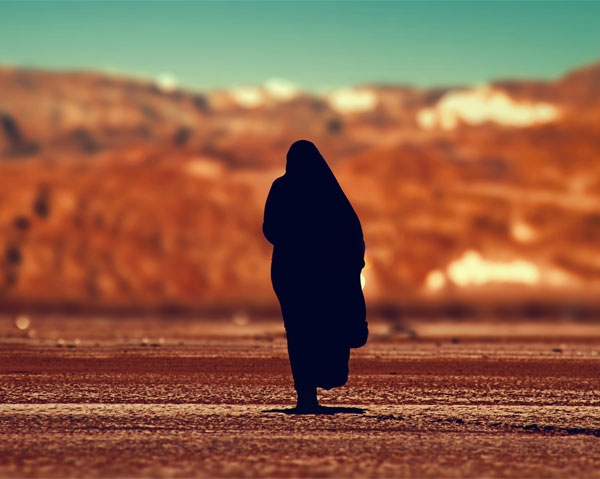 A Perfect Girl for Marriage

She Must Be a Strong Believer

Man should think twice before choosing a partner for him because only the righteous girl, who has strong beliefs in Islamic teaching, can only become a good wife. Not only wife but Allah has instructed a person to be in company of believers so that he or she would follow the right path and cannot be diverted from what is declared good for a Muslim. Prophet Mohammad (P.B.U.H) has said,

“Do not keep company with anyone but a believer.” [Narrated by Abu Dawood (4832)]

This means that company affects a lot in shaping the human character. Hence, since Allah has declared spouses as garments to each other, so their beliefs, nature and upbringing not only influence their own personality but their personality traits impact greatly on their spouses as well.

She Must Be Righteous and Of Good Character

The most important thing which makes woman a true woman is her shame. A perfect woman should know how to guard her chastity in her husband’s absence and she must be sincer with her husband. She should know that only her husband has rights to touch her and to make love with her because these rights are given her husband by Almighty Allah. She must be of good character. Allah says has defined a perfect wife in Surah An-Nisa, verse 34:

“Therefore the righteous women are devoutly obedient (to Allah and to their husbands), and guard in the husband's absence what Allah orders them to guard (e.g. their chastity, their husband's property, etc.)”. [4:34]

Allah has also advice a man to marry such girls who knows how to protect her chastity and who is not engaged in unlawful or illegal sexual intercourse. Allah has said this in Surah An-Nisa, verse 25:

“And whoever of you have not the means wherewith to wed free, believing women, they may wed believing girls from among those (captives and slaves) whom your right hands possess, and Allah has full knowledge about your Faith, you are one from another. Wed them with the permission of their own folk (guardians, Auliya' or masters) and give them their Mahr according to what is reasonable; they (the above said captive and slave-girls) should be chaste, not adulterous, nor taking boy-friends. And after they have been taken in wedlock, if they commit illegal sexual intercourse, their punishment is half that for free (unmarried) women. This is for him among you who is afraid of being harmed in his religion or in his body; but it is better for you that you practise self-restraint, and Allah is Oft-Forgiving, Most Merciful”. [4:25]

Allah has mentioned this in many places in Quran, as it is also present in Surah Al-Maida, verse 5:

We have one beautiful example of woman who is of good character and she is Hazrat Maryam (R.A) who has been accused about her character. However, she has this much purity in character that Allah has finally shown by miracle to every accuser that she is not a bad woman and she is the pure lady.

Allah has also revealed an entire chapter of Quran on the name of Hazrat Maryam and the chapter name is Surah Maryam. One of the verses from Surah Maryam is,

“So she pointed to him. They said, ‘How can we speak to one who is in the cradle a child?’ [Jesus] said, "Indeed, I am the servant of Allah. He has given me the Scripture and made me a prophet. And He has made me blessed wherever I am and has enjoined upon me prayer and zakah as long as I remain alive and (made me) dutiful to my mother, and He has not made me a wretched tyrant”. [29-32]

When Jesus has spoken in cradle to let people know that he is the prophet and Hazrat Maryam is the mother of prophet who has been chosen by Allah to give birth to Allah’s prophet, and she is not a bad character lady then people has come to believe.

Hence, a Muslim woman must be of good character and then ultimately superpowers would also give evidence of her purity.

She Must Be Religiously Committed

A Muslim woman and a perfect wife should follow the teachings of Quran and most importantly she should follow the basic obligations like Kalma, Namaz, Roza, Zakat and Haj. These basic obligations help a person to take his or her personal life in better ways because if a person is religiously committed and offer prayer, does fast, and most important of all if he or she reads Quran then he or she must be well aware to handle the ups and downs of life because Islam is the complete guidance. Prophet Mohammad (P.B.U.H) has said,

The above mentioned traits are significant qualities which must be seen in woman when choosing her for marriage. Marriage means a commitment of life so in order to lead a peaceful and happy life a person should look these aspects in a woman.