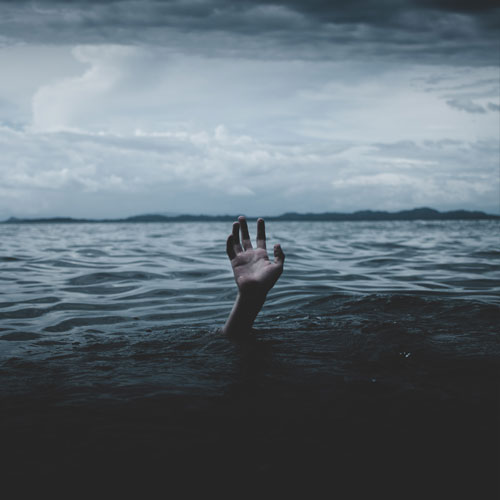 Death is the Universal Truth

What is the Biggest Truth of Life?

The biggest truth is that nothing is permanent in this world, everything is temporary even our presence in this world. One day when our time of life will be completed; the time which is already decided by Allah before our birth then death comes upon us. Death is certain to happen; it is the Universal fact that there is no replacement of death.

Allah has question the reality of death in Quran. He says in Surah al-Muminun, verse 115:

“Did you suppose that We created you for amusement and that you would not return to Us?” [Surah-al-Mu’minun:115]

Allah has further elaborated this fact in Surah Jummah, verse 8:

Say: “Death, from which you are fleeing, will certainly catch up with you. Then you will be returned to the Knower of the Unseen and the Visible and He will inform you about what you did.” [Surah-al-Jumu’ah: 8]

What would be the Time of Death Come?

We all are totally unaware about the time of death because it may catch us at any time. We never know that what would be the moment of death, perhaps today or maybe much closer than we have ever expected. Every living creature present in this world whether it is an animal, human being or the smallest unicellular organism, all are destined to die no matter when. Allah says in Quran in Surah AL’Imran, verse 185:

“Every self will taste death. You will be paid your wages in full on the Day of Resurrection. Anyone who is distanced from the fire and admitted to the garden has triumphed. The life of the world is just the enjoyment of delusions”. [3:185]

From the first man on earth till now there are so many people appeared and passed away, each and every person experienced the taste of death. Death is certain end, it happened to people in the past, it could happen to those who are alive and to those also who will be born in future. Thus, no one can avoid this truth.

Do we Assume Death as a Coincidence or Bad Fortune?

Death does not occur by chance, it is the biggest truth of life so how we can assume it as a coincidence or bad fortune. Like date of birth, date of death is also decided by God’s decree.

“You who have faith! Do not be like those who disbelieve and say of their brothers, when they went on journeys or military expeditions, ‘If they had only been with us, they would not have died or been killed.’ God will cause them to regret their words. It is God Who ordains life and death. God sees what you do”. [3:156]

The above Quranic verse declares that death does not occur by a bad luck or coincidence. If someone believes in this misconception he also believes that death could be avoidable and if he thinks this way he would struggle to prevent him from death. This struggle could ultimately lead to helplessness. If people create this ideology then they would not only try to save themselves rather they also think that they could save their beloved ones too, and when their beloved ones die then they could blame the world or people around or to themselves that they could not save their relationships. This grief and regret, however is nothing but the torment of disbelief.

“No self can die except with God’s permission, at a pre-determined time.” [Surah AL ‘Imran: 145]

Believers are well aware about their temporary nature of life in this world. They enjoy all blessings which are provided by Allah, follow His commands and never forget that one day they have to leave this world. Our Prophet Mohammad (P.B.U.H) has also referred this in one of his prayers:

Jabir ibn Abdullah narrated, “When God’s Apostle (P.B.U.H) commenced the prayer he recited: God is the Greatest; then said: Verily my prayer, my sacrifices, my life and my death are for God, the Lord of the worlds.” [Al-Tirmidhhi, 262]

All of the mentioned verses and hadiths state that death is the fact which no one can deny and death can knock at the door of any person regardless of his cast, creed, religion and ethnicity. Hence, we should be prepare for death and we should do good deeds in this world.