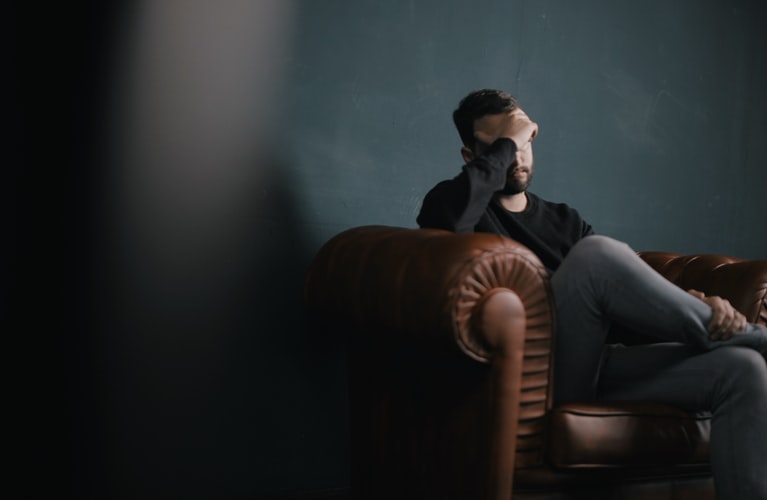 Are you feeling sad? Or are you tired of yourself and this makes you hopeless? Or you have no faith in virtue and you are powerless? Are certain things making you afraid? A mistake or decision has made you guilty? The intense wave of fear has resulted in a panic attack? Or your enthusiasm and confidence is at the lowest level and you are highly discouraged by this world? All these worldly affairs are uncertain making you depressed for the rest of the day?

In all these questions there are words hidden which describe DISTRESS!

The unpleasant feelings and emotions that you have been facing are impacting your daily life routines and decisions highly. These have only resulted in negative reviews of self, others, and the environment. Often sadness, anxiety, distraction, and symptoms of mental illness are manifestations of distress.

No two people have the same experience as a single event. Conscious experience is psychological distress In other words, this depends on the situation and how we perceive emotional distress intensity. Distress can be viewed as a gradient of "mental health" or "mental disorder" at opposite ends. Because we keep encountering different things, we travel back and forth in our lives at different times.

The grief and distress are addressed here as well as the tragedies which can happen to Muslims and the Ummah as a society in general. This article emphasizes on how to cope with them and the means to achieve this by a Muslim. People suffer from distress and oppression and the Ummah is forced to adhere to moments of grief and serious trials. This is a materialistic life; it is the synthesis of ease and struggle, prosperity and hardship. But every Muslim knows precisely that in all his circumstances, there is great good and much reward for him.

"And certainly, We shall test you with something of fear, hunger, loss of wealth, lives and fruits, but give glad tidings to As-Sabirun (the patient), Who, when afflicted with calamity, say: “Truly! To Allah, we belong and truly, to Him, we shall return. They are those on whom are the Salawat (i.e. who are blessed and will be forgiven) from their Lord, and (they are those who receive His) Mercy, and it is they who are the guided ones." [Al-Baqarah: 155-157]

It is said in Quran in Surah Ash-Sharh verse 5-6:

A challenge rarely outbalances double relief. No believing servant is distressed, but God will recompense him with a way out and a relief from his suffering, and he will surround him with His mercy. Allah (S.W.T) is majestic and courteous, says:

"And (remember) Dhun-Nun (Jonah), when he went off in anger and imagined that We shall not punish him (i.e. the calamities which had befallen him)! But he cried through the darkness (saying): “La ilaha illa Anta (none has the right to be worshipped but You (O Allah)), Glorified (and Exalted) are You (above all that (evil) they associate with You). Truly, I have been of the wrong-doers.” So We answered his call and delivered him from the distress. And thus We do deliver the believers (who believe in the Oneness of Allah, abstain from evil and work righteousness)." [Al-Anbiya’: 87-88]

The day you will walk on the thin ice with sincere repentance, showing humility, submissiveness, and obedience to Him, and trying to draw nearer to Him. You will have most of the distresses relieved by Allah (S.W.T). As it is said,

"And We sent no Prophet to any town (and they denied him), but We seized its people with suffering from extreme poverty (or loss in wealth) and loss of health and calamities so that they might humiliate themselves (and repent to Allah)." [Al-A‘raf: 94]

Turning Allah (S.W.T) and ready to do anything that pleases Him, displaying His love, be obedient to Him from all that He has prohibited and despises, is the firm basis for distress and the salvation from struggles in this life and death. He says,

"... And whosoever fears Allah and keeps his duty to Him, He will make a way for him to get out (from every difficulty)." [At-Talaq: 2]

He also says: "... and whosoever fears Allah and keeps his duty to Him, He will make his matter easy for him." [At-Talaq: 4]

In times of distress, hardship and uncertainty, the root of security and fulfillment cannot be found in the ways planned by an individual. Rather, these lie in the worshiping, the adoration and glory of Allah, His glory and truthful belief, the adherence to and the doctrine of the Two Revelations, the Qur'an and the Sunnah. One of Allah's ways with regard to His servants is to adversely affect them, that in repentance they may turn to Him. Allah, Exalted be He, says:

"And (He did forgive also) the three [who did not join the Tabuk expedition whose case was deferred (by the Prophet peace and blessings be upon him)] (for Allah’s Decision) till for them the earth, vast as it is, was straitened and their own selves were straitened to them, and they perceived that there is no fleeing from Allah, and no refuge but with Him. Then, He forgave them (accepted their repentance), that they might beg for His pardon [repent (unto Him)] …" [At-Taubah: 118]

Abu Musa Al-Ash‘ari said, the Messenger of Allah (P.B.U.H), once said to me, “O Abdullah! Shall I not guide you to one of the treasures of Paradise?” I said, “Please do, O Messenger of Allah!” He said, “Say: La hawla wa la quwwata illa billah (There is no might nor power except with Allah). For it is one of the treasures of Paradise.” (Agreed upon)

The best way to lessen your distresses and miseries is to start at least once prayer in a day, you might feel lazy or sad or even feel that Allah (S.W.T) is not helping you but that is not the case. The truth is holding on to your religion dearly will surely end-all of it. And at the same time, He will bless you with the best.