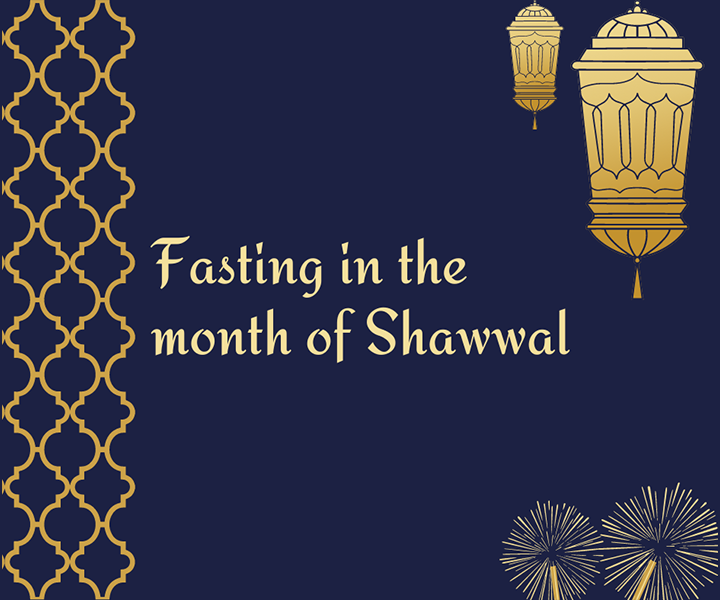 Fasting in the month of Shawwal

Shawwal is the 10th month in Islamic Calendar and this month comes right after the Holy month of Ramadan. Shawwal is important for Muslims because Muslims celebrate Eid-ul-fitr on the 1st of Shawwal.

What is the meaning of Shawwal?

Shawwal comes out of the verb shāla (شَالَ) which literally means to 'lift or carry', generally to take or move things from one place to another. It has been said that this name is due to the fact of camel carrying a fetus at this time of year.

Fasting in the six days of Shawwal

Fasting in any 6 days of Shawwal is one of the Prophet Mohammad’s (P.B.U.H) Sunnah and Muslims perform deeds which have been performed by our beloved Prophet (P.B.U.H) in the love of Prophet (P.B.U.H). This is the reason of Muslims fasting in 6 days of Shawwal. To not follow this Sunnah won’t turn into any kind or sin but to follow this Sunnah would definitely lead to number of great rewards by the grace of Allah Almighty in this world and the world hereafter.

"Whoever fasts Ramadan, then follows it with six from Shawwal, then that is (equal in reward) to fasting every day." (Tirmidhi 759)

Fasting in the month of Shawwal is the opportunity to show love towards Prophet (P.B.U.H)

As Narrated by Anas bin Malik,

"The Messenger of Allah (S.A.W) said to me: 'Whoever revives my Sunnah then he has loved me. And whoever loved me, he shall be with me in Paradise.'" (Tirmidhi 2678)

Here is one of the most important things which needs attention that Muslims should be aware of that they will be benefited by Sunnah only if they have performed their obligations (fard) which have been assigned to them by Allah. Because obligations must always be the first priority and indeed Allah is the most merciful and beneficent.