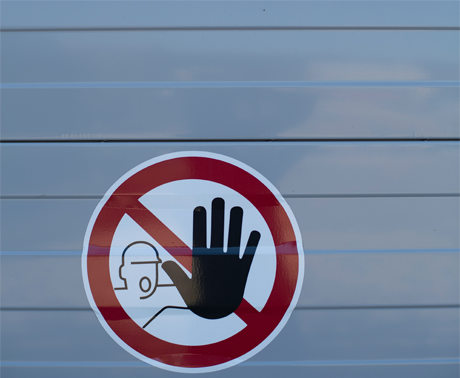 Halal and Haram in Islam

“Verily, the lawful (Halal) is clear and the unlawful (Haram) is clear, and between the two of them are doubtful matters about which many people do not know. Thus, he who avoids doubtful matters clears himself in regard to his religion and his honor, and he who falls into doubtful matters will fall into the unlawful as the shepherd who pastures near a sanctuary, all but grazing therein. Verily, every king has a sanctum and the sanctum of Allah is his prohibitions. Verily, in the body is a piece of flesh which, if sound, the entire body is sound, and if corrupt, the entire body is corrupt. Truly, it is the heart.” [Sahih Bukhari 52, Sahih Muslim 1599]

Prophet Mohammad (P.B.U.H) has divided the matters into three categories:

As Prophet Mohammad (P.B.U.H) specified the things into three categories, therefore we must follow the things as per the guidance of the messenger of Allah.

Quran has also clarified about what is forbidden to Muslims, Allah says in Surah Al-Baqarah, verse 172-173:

“O you who have believed, eat from the good things which We have provided for you and be grateful to Allah if it is [indeed] Him that you worship. He has only forbidden to you dead animals, blood, the flesh of swine, and that which has been dedicated to other than Allah . But whoever is forced [by necessity], neither desiring [it] nor transgressing [its limit], there is no sin upon him. Indeed, Allah is Forgiving and Merciful”. [2:172-173]

It has been further explained in Surah Maidah, verse 3:

“Prohibited to you are dead animals, blood, the flesh of swine, and that which has been dedicated to other than Allah, and [those animals] killed by strangling or by a violent blow or by a head-long fall or by the goring of horns, and those from which a wild animal has eaten, except what you [are able to] slaughter [before its death], and those which are sacrificed on stone altars, and [prohibited is] that you seek decision through divining arrows. That is grave disobedience. This day those who disbelieve have despaired of [defeating] your religion; so fear them not, but fear Me. This day I have perfected for you your religion and completed My favor upon you and have approved for you Islam as religion. But whoever is forced by severe hunger with no inclination to sin - then indeed, Allah is Forgiving and Merciful”. [5:3]

The above verses state the foods which are forbidden to Muslims. Since, the exceptions are always present in almost every matter, therefore Quran also leaves the gap for those who are dying from hunger, and thus they are allowed to eat whatever they find available to feed their hunger.

Other than edible things, Quran has also mentioned the non-edible things which are haram. Allah says in Surah Al-Araf, verse 33:

Say, "My Lord has only forbidden immoralities - what is apparent of them and what is concealed - and sin, and oppression without right, and that you associate with Allah that for which He has not sent down authority, and that you say about Allah that which you do not know." [7:33]

In the above verse Allah has declared the deeds which are haram and at end of this verse Allah said that it is also haram to claim anything haram which is not considered as haram by Almighty Allah. Islam is not only the religion but it is the most proper way of living, based on certain rules and regulations. So, in order to make our standards of living good and as per to the teachings of Islam, we should avoid committing deeds which are forbidden by the Lord.