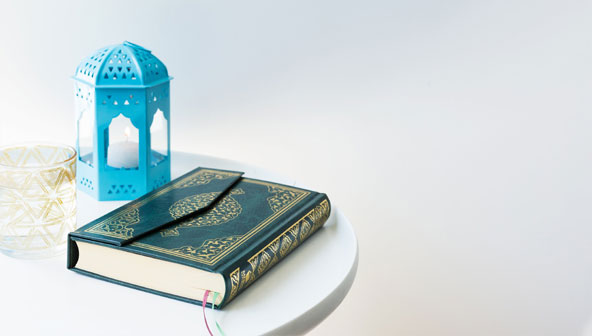 Islamophobia is a neologism which is a debatable topic in different countries across the globe. The term is coined on the stereotypes created by people about the religion ‘Islam’. Oxford dictionary describes Islamophobia as "Intense dislike or fear of Islam, esp. as a political force; hostility or prejudice towards Muslims". The fear and hatred which usually non-Muslims have for Muslims is due to terrorism.

People associate terrorism with religion ‘Islam’ whereas, terrorists have no religion. Terrorists attack in the name of Islam and believe they will be rewarded, but this is their wrong perception about Islam. Islam is the religion of peace and morality. If somebody claims that he is doing something which is liked in Islam, then before believing, people should cross check first that whether that activity is actually encouraged by Islam or not. The one who claims fallacies about Islam will be punished at the Day of Judgment and this is something considered as ‘Haram’ by Almighty Allah. Allah says in Surah Al-Araf, verse 33:

Say, "My Lord has only forbidden immoralities - what is apparent of them and what is concealed - and sin, and oppression without right, and that you associate with Allah that for which He has not sent down authority, and that you say about Allah that which you do not know." [7:33]

Allah is saying in the above verse that it is haram to say anything which a person has no knowledge about, and which Allah has not said but a person claims about Allah. Therefore, terrorists who declare that people they are killing are in the name of Allah then they should study first that what Allah has actually said.

Every religion has some unique styles and words to greet each other. Similarly, in religion Islam, Allah has prescribed the Muslims to say ‘As-Salam-alikum’ whenever a Muslim greet with another Muslim. The meaning of this Arabic phrase is “May Allah blesses you with peace”, and if a Muslim is giving Salam to another Muslim he is implying “I am offering you safety and security and I have no intention to harm you anywhere.” This is how Muslims spread the word of peace. Islam is the most beautiful religion that it says Muslims to wish each other with good words and good intentions. Islam not only orders to pay Salam but it also rewards those who initiates to say Salam to another Muslim, and the person who responds back also gets the same reward. Prophet Mohammad (P.B.U.H) said:

“The Muslim has five rights over his fellow-Muslim: he should return his salaams, visit him when he is sick, attend his funeral, accept his invitation, and pray for mercy for him when he sneezes” (Bukhari).

Quran says in this regard,

“And those who believed and did righteous deeds will be admitted to gardens beneath which rivers flow, abiding eternally therein by permission of their Lord; and their greeting therein will be, "Peace!" [14:23]

Islam teaches humanity better than any other religion. Religion which rewards the person on just paying good wishes (Salam) to another person how is it possible then such religion teaches terrorism? Islam never says to kill innocent people. Even Allah says in the Quran that whoever kills the innocent people has killed the whole humanity. It is mentioned in Surah Al-Ma’idah, verse 32:

“Because of that, We decreed upon the Children of Israel that whoever kills a soul unless for a soul or for corruption [done] in the land - it is as if he had slain mankind entirely. And whoever saves one - it is as if he had saved mankind entirely. And our messengers had certainly come to them with clear proofs. Then indeed many of them, [even] after that, throughout the land, were transgressors”. [5:32]

The above verse is clearly stating that Islam not only forbids killing innocent people but it is also commanding to save humanity by even saving the one person. This is what the real teachings of religion Islam are!

Hence, before creating Islamophobia among ourselves, we are badly needed to study the real Islam. Terrorism is not associated with any religion. Terrorists are nobody but the murderers, and for whom Islam has severe punishments. Islam strictly discourages the violence, killings, and cruelty.