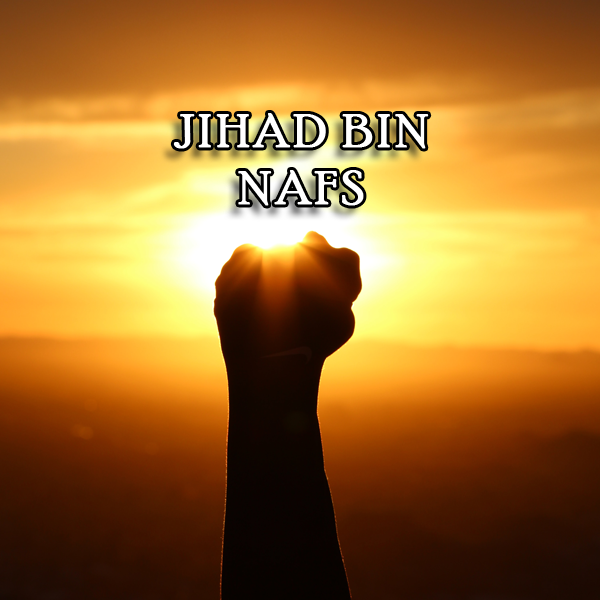 Jihad al-nafs is the struggle against evil ideas, desires and of lust, anger, and insatiable imagination, placing all of them under the dictates of reason and faith in obedience to God's commands, and finally, purging all satanic ideas and influences from one’s soul.

This struggle is considered as the major struggle (al-jihad al-akbar) as it is much more difficult than fighting in the battlefield, for in the struggle against the self, one has to constantly battle enemies that are hosted inside his own existence.

Prophet (P.B.U.H) said to his companions when they returned from a military campaign, “We have come back from the lesser jihad to the greater jihad.” They said, “Is there any greater jihaad than jihad against the kuffar?” he said, “Yes, jihad al-nafs (jihad against the self).”

Jihad bin nafs is the greater jihad than the jihad against the disbelievers. Allah says in Quran in Surah Al-Baqarah, verse 216:

"The struggler is the one who strives against his soul/self in obedience to God, the Mighty and Majestic." [Tirmidhi, Ibn Majah]

Hence, this states that jihad bin nafs which means to fight against the evil within oneself is more important than to fight against the enemies. The evil side in a person can lead to the destruction of the good side of a person too. Muslims should be very much aware of the teachings of Holy Quran and Sunnah so that evil powers cannot be able to guide them on the path of disbelievers. Having true knowledge which is the knowledge of Quran is very significant to differentiate in between the good and bad in the life of a person.

“Beware of Satan, for the safety of your religion. He has lost all hope of that he will be able to lead you astray in big things, so beware of following him in small things”.

The Last Sermon of Holy Prophet (P.B.U.H) is making us aware of the evil powers which can divert our minds to the wrong things and to the things which are forbidden in the religion Islam.