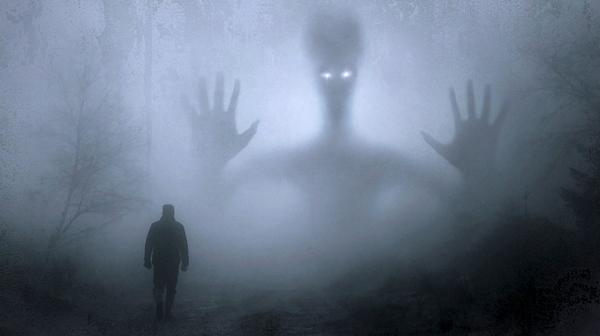 Muslims Belief In The Existence Of Jinn And Black Magic

The research conducted by Pew Research Center in 2012, shows that in most of the countries half or more Muslims said that they believe in the existence of jinn and that the evil eye is real. Also they believe and agree that Islam forbids appealing to jinn or using sorcery. According to the same research, seven-in-ten Muslims of South Asian countries affirm that jinn exist, including 84% in Bangladesh. In Southeast Asia, a similar proportion of Malaysian Muslims (77%) believe in jinn, while fewer in Indonesia (53%) and Thailand (47%) share the same belief. This belief in the existence of jinn is because Allah has talked about this unseen creature in the divine book “Quran” . Many Muslims believe that jinn exist whereas the non-Muslims have less belief in their existence, because most of the Muslims read the sacred scripture sent by Allah and that scripture (Quran) consists of all the true realities of this world.

The study also shows that Muslims who offer Salah with punctuality are more likely to believe in jinn. For example, in Russia, 62% people who pray more than once a day said that jinn exist compared with 24% of those who do not pray regularly. This research implies that belief gets stronger in the things mentioned in Quran when a person is closer to Allah and obeys his Creator.

The survey also found that now more Muslims have started believing in the witchcraft or black magic because there are references in the Quran and Hadith which tell us that this act (black magic) was present at the time of Prophet Mohammad (P.B.U.H) too.

Hazrat Aisha (R.A) asked ‘O Messenger of Allah what did you ask for? (What has Allah bestowed you with?) He replied, “Two men came to me and one of them sat near my head and another sat near my feet. The one seated near my head said to the one near my feet…” Hazrat Aisha (R.A) stated, or perhaps Holy Prophet (P.B.U.H) said, “The one who was seated near my feet said to the one seated near my head that what happened to this individual (Holy Prophet)?” Another one replied, “A spell has been cast on him”. He then asked, “Who has cast the spell?” The person who was seated near the Holy Prophet replied, “He was a Jew named Labeed bin al-A‘sam”. Prophet Mohammad (P.B.U.H) then asked that what is the thing by which he has done this magic? That man again replied, “Using a comb and by the hair wrapped around the spathe of a date-palm”. Prophet Mohammad (P.B. U.H) then asked, “Where is it located?” One of the men replied, “In the well of Zhi Arwan.”

The Holy Prophet (P.B.U.H) visited the well along with some of his companions. After coming back, he said to Hazrat Aisha (R.A) “The water of the well had a reddish complexion resembling extracts of henna.”

“The Holy Prophet (P.B.U.H) then stated, “The dates were like that of Satan i.e. like the head of a snake.” (Here the dates have been compared with the head of a snake, illustrating that the branches of the date palm were almost ripe). Hazrat Aisha (R.A) then said, “O Messenger of Allah! Why did you not burn it?” The Holy Prophet (P.B.U.H) replied, “Since Allah has cured me, I did not wish to carry out an action which can become a means of contention among people. Therefore, I commanded that they should be buried.”

Thus, those items were buried then. Regarding the narration of Hazrat Aisha (R.A), “It seems that the two men who came to the Holy Prophet (P.B.U.H) were angels”. If they were humans then Hazrat Aisha (R.A) would have seen them too.

In the same verse of Surah Al-Baqarah, Allah further says,

“..Then, they used to learn from them that (black magic) with which they could cause separation between a man and his wife. But they were not to bring harm through it to anyone without the will of Allah.”

Hence, if being a Muslim we believe in magic and the existence of supernatural beings then we must be very careful and take the precautions. For not being the victim of such evils we need to worship the Almighty Allah, we should supplicate to Allah, pray five times, and most importantly we need to follow the teachings of Quran and Sunnah.