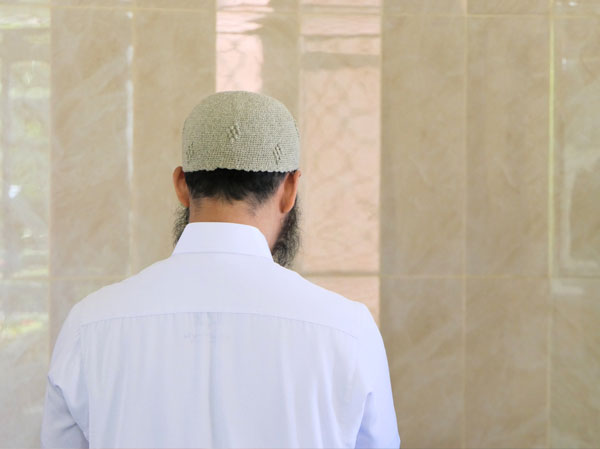 Nature of Man According to Islam

A man is Allah’s creation because in the course of evolution man can transform the world around him. Only the natural materials around him can be created and adjusted by their existence so that he can alter and transform himself only according to his nature. Man, as he appears in any particular culture, is always a depiction of human nature, defined by the social arrangements under which he lives. The nature of man is believed to be divided into two conflicting terms; the spiritualist and the materialist mentality.

We recognize that there are different perspectives of man's nature. In reality, according to the philosophy of spiritualists; man consists of spirit and body. The spirit is immortal and does not decay by death, and we can examine Islamic sources that affirm it. In the materialistic mind, the individual consists only of the "body," which is destroyed with death, as a functioning mechanism and its decomposition mean the everlasting destruction of his identity.

The Nature of Man through Islamic Perspective

Imam ‘Ali, in his prayer, says:"O God, forgive that sin which causes my praying to be confined, and the pain of it to be removed." Thus, the implied meaning is that the prayer is a goal to appreciate God in itself, and not always the means of receiving an answer favourable to one’s personal/selfish like, or, dislikes.

When we take into account the nature of a man through the Islamic context, our mind is blown to know how it will guide you earnestly. Allah's love makes the devotee ignorant of what is happening around him, and he has no feeling of pain even when an arrow is drawn out of his body. This suffering and the quest for Allah's closeness do not stop until he achieves his objective of uniting with Him. The Holy Quran says only one thing soothes the soul, and that is Allah's remembrance.

A Man Is a Gateway to Spirituality

There is, then, an aspect of man's nature, which is not per the world of matter not only what old psychologists assume, but also what modern ones, specifically acknowledge. As the man of spirituality says, a man is a gateway to spirituality.

The Holy Prophet (P.B.U.H) says: "He who knows himself knows God", and the Holy Qur’an devotes a separate account for man as against all other creatures. It says:

"We will soon show them Our signs in the Universe and their souls until it will become quite clear to them that it is the truth. Is it not sufficient as regards your Lord that He is a witness over all things?" (Sura Fussilat, 41: 53).

Man Is an Infinite Creature

Man is an infinite and perishable creature which cannot always be in love with what is limited he longs for perfection and does not love anything else. This is Divine love. Even those who doubt or even abuse God do not realize that they love God in the core of their heart, but have lost their way with their loved ones. The Prophets have come not only to teach the Name of God to humans and His worship because it is rooted in human nature. They come to show that they have the right and wrong paths and to tell people that they love and appreciate perfectly. The Prophets have come in this world to expose and to diminish misconceptions, enabling men to find their loved one through the venerations that can be seen carried out by Imam ' Ali (As). The materialistic things like money and social status have left out an impression of giving us perfect life but it is a solecism. The Holy Quran does not ask people, not to seek wealth, rank or comfort, but says that these things are not their ultimate goal, and do not give tranquillity and peace. Allah (S.W.T) says in the Holy Quran:

"Those who believe and whose hearts are set at rest by the remembrance of Allah; now surely by Allah's remembrance are the hearts set at rest." (Sura ar-Ra’d, 13:28).

Another theoretical entity emphasizes human suffering (compassion) towards God's creations rather than towards God. The observant state that they take four journeys while referring to the progress of the man towards perfection:

• The journey of Man to God.

• His journey with God, that is, to know Him.

• His approach with God to the creatures of God.

• His way to God for the sake of salvation among creatures.

It is impossible to say anything better than the above as long as man is detached from Allah, all are way off base, but after praying to Allah and knowing and feeling Him one returns, in the company of Allah, to his creatures to help and to save and to bring everyone close to Him. When we say a man drifts from people to God, he achieves nothing. If we say he is going for people without moving towards God, he is going to be like today's materialistic human schools, inconsistent, because that is wrong to replace a minuscule objective with an ultimate goal.

Only those who have abstained from being enslaved by nature and other humans are capable of delivering others. It means freedom from the materialistic desires of one and dominion of the outside, and in the second place from other preferences. Is it a perfect person from the point of view of Islam who feels others ' pain or who feels Allah, and then he feels his creatures ' pains?

"Then maybe you will kill yourself with grief, sorrowing after them, if they do not believe in this announcement." (Sura Kahf, 18:6).

That verse indicates that the Prophet (P.B.U.H) was willing to lead men and women from the captivities and difficulties of this world to kill himself with sorrow for others.

"We have not revealed the Holy Quran to you that you may be unsuccessful."

A human being is capable of perfection through a logical, deductive, thoughtfulness and reflexion, while speech and knowledge, from a different perspective, are in vain, but a pure heart is necessary; a heart purified from every perversion, turning towards Allah, and driving the devil out of his heart to make room for the angels who are Divine's light.