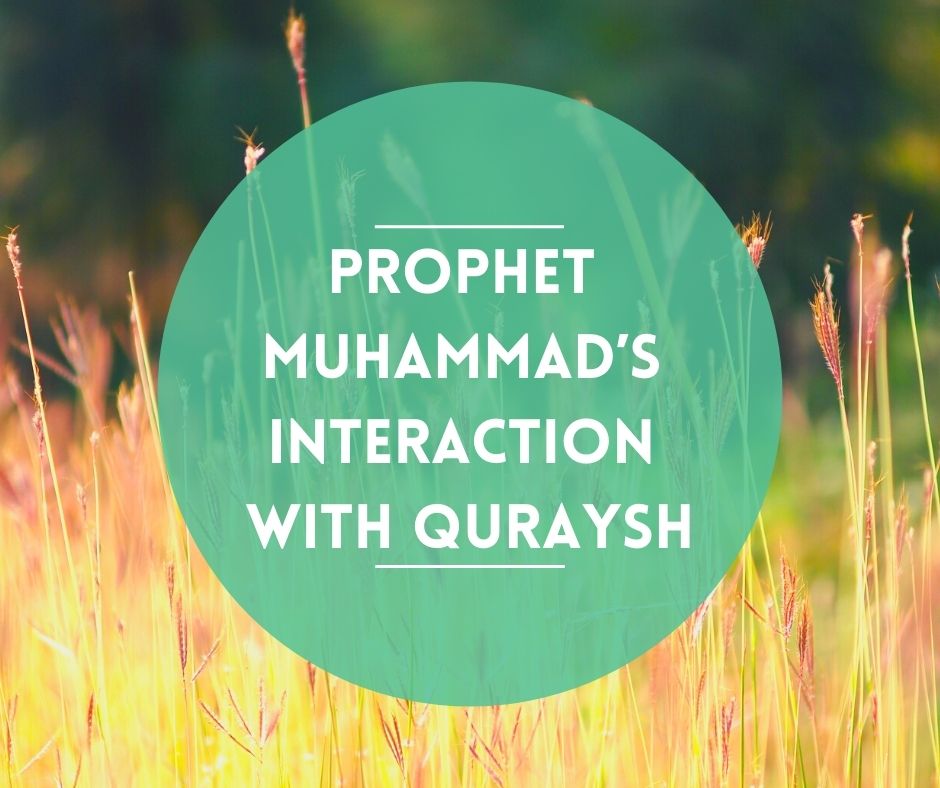 The Holy Prophet (P.B.U.H) belonged to Banu Hashim which is the branch of the most powerful tribe of Arabia, the Quraysh. This tribe enjoyed special immunity against raids on their trade caravans which the other tribes did not. The Quran informs us about this:

For the covenants (of security and safeguard enjoyed) by the Quraish, their covenants covering journeys by winter (to the south) and summer (to the north)”. [Sura al-Quraysh,106:1-2]

The Quraysh decided to repair the damaged building of Ka’ba . When most of the work completed then a dispute arose among Makkan chiefs about fixing the Black Stone (Hajr al-Aswad).

The Prophet Mohammad (P.B.U.H) resolved this dispute quite intelligently. He spread a sheet on the ground, placed the Black Stone on it and asked every tribe chief to hold the sheet together and then Prophet (P.B.U.H) himself has placed stone on its place.

How Things Changed Worse In 610 AD

Hazrat Muhammad (P.B.U.H) was formally awarded Prophet hood. He was divinely instructed to preach. As Allah says in Quran in Surah Al-Hijr, verse 94:

“Therefore expound openly what thou art commanded, and turn away from those who join false gods with Allah” [15:94].

Accordingly he began public preaching and with this the behaviour of the makkans got changed. They initially ignored him then ridiculed him by saying “these are nothing but the tales of the ancient”

As Allah says in the following verse:

“And among them are those who listen to you,1 but We have placed over their hearts coverings, lest they understand it, and in their ears deafness. And if they should see every sign, they will not believe in it. Even when they come to you arguing with you, those who disbelieve say, "This is not but legends of the former peoples." [6:25]

For them Prophet Hazrat Muhammad (P.B.U.H) did not preach anything new but the same old stories that the reformers had done earlier.

Makkan’s Campaign of Persecution against the Hazrat Muhammad (P.B.U.H) and his followers

Most of his supporters especially those from a low social background were subjected to inhuman torture. Because of this Hazrat Muhammad (P.B.U.H) allowed some of his followers to migrate to Abyssinia in 615 AD.

The Quraysh tried to bribe him unsuccessfully and then imposed a boycott on his family from 616 to 619 AD. His Uncle Abu Talib and wife Khadija died at the end of the boycott. Relations got more strained between the Prophet Muhammad (P.B.U.H) and the Makkans , and the Prophet Muhammad (P.B.U.H) permitted his followers to leave for Yathrib. The Makkans , frustrated by all developments decided to kill the prophet who too migrated in 622 AD to Yathrib.

Why did the Quraysh feel they needed to reject the Prophet’s Message?

The Quraysh rejected the Hazrat Muhammad (P.B.U.H)’s message for a number of reasons. Growth of Islam and popularity of the prophet was seen as a direct threat to their political dominance in Makka. They feared loss of their political supremacy in case of the Prophet Mohammad’s success.

Moreover, the Ka’ba , with 360 idols was a source of income for Makkans . They used to earn from the offerings on the idols and variety of trade fairs dedicated to them. Islam rejected idol worship and thus, Quraysh rejected Islamic teachings.