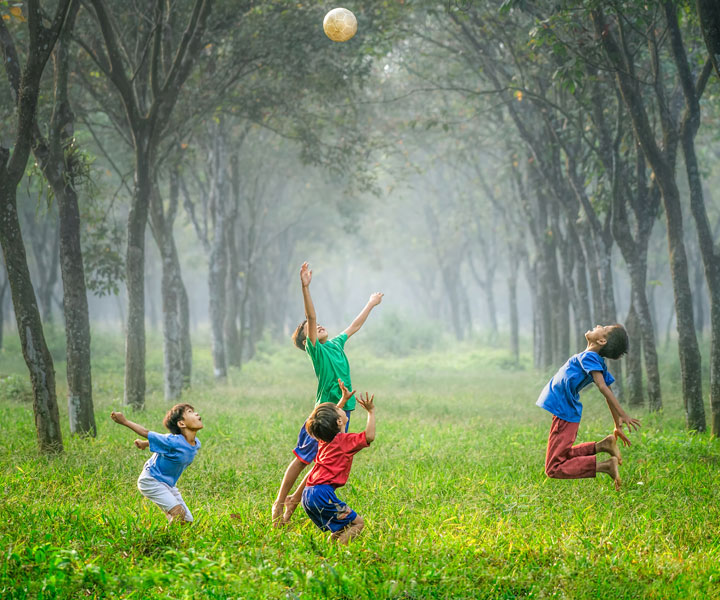 Rights and Dignity of Children

Importance of having Children

Children are the source of joy in childhood, and when they become adult they provide comfort and support to parents. Benefits are not only limited to this world but offspring also play an important part after the death of parents, likewise in their life, in the form of du’aa’.

Hence, children are the way by which parents not only getting fruits of life but also the reward of hereafter. It is stated in Quran that:

And those who say, "Our Lord, grant us from among our wives and offspring comfort to our eyes and make us an example for the righteous."

But at the same time God has assigned some responsibilities to parents towards children, which should be fulfill in order to take pleasure from the blessing of having offspring and getting reward by the creator.

Child of today is the Parent of Tomorrow

The child of today becomes the parent of tomorrow’s generation, therefore, how it is possible that without getting rights he/she will be capable to fulfill the rights of others. That is why God has mentioned the rights earlier, which are same and mandatory on all human beings.

It this way the peace and respect for relations is maintained in a society. Some duties of parents towards their children are mentioned below:

Take Care of Child’s Health before and after Birth

Food, clothes, education are the basic needs of child and to fulfill these needs is the responsibility of parents. Good health is the right of children because rest of their life depends on it. Both parents are equally responsible for the health of child before and after birth until he is able to take care of himself by his own.

Teach them a True Meaning of Islam

It is the duty of parents to convey the true meaning of Islam and its teachings in next generation. As we all want that our beloved ones, spend their life in peace and get a better place in hereafter, therefore, to achieve that purpose it is must to guide them towards the right path.

“O you, who have believed, protect yourselves and your families from a Fire whose fuel is people and stones.”

Better understanding leads to the better results and gives you comfort and happiness. Every parent wishes a great life for his child but it requires your time and attention. No person other than parent can guide or teach about the best way to spend life.

“And those who believed and whose descendants followed them in faith – We will join with them their descendants, and We will not deprive them of anything of their deeds. Every person, for what he earned, is retained.”

Love is the need of whole humanity and children learn how to treat with love from their parents. Therefore, if children get love from parents then they would be better understand and feel the pain of others and try to overcome the sorrows of mankind with kind heart. That is why Islam considers it the right of children.

Show love towards children is also the Sunnah of our last prophet Muhammad (PBUH).

“Allah’s Messenger (PBUH) took Ibrahim (his son) and kissed him and smelled him.”

It is also stated in Hadith that:

Bring Them a Respectable Life

Respectable life is the right of human beings. Islam advices to parent that spend money, provide shelter and food, fulfil all your child’s basic necessities but with respect. Never insult or disrespect them because it hurts and gradually decreases parent’s respect in the heart of children and then it may possible later that those children start misbehaving and using bad language with parents.

“The best women are the riders of the camels and the righteous among the women of Quraish. They are the kindest women to their children in their childhood and the more careful women of the property of their husbands.”

Treat all Children Equally with Justice

As siblings share the love and attention of parents among them then they also expect response in the same way. Otherwise if inequality exists it develops hatred in children.

‘Be afraid of Allah, and be just to your children.’

All of the above verses and Hadiths state that respect and dignity of children is also very important in the sight of Islam. Islam is the religion of humanity and so how Islam could negate the rights of children as they are humans too.

Often time parents think that it is okay to treat child in any way as he is child and would not take things on heart. However, this is not the case. Children as also as thoughtful and sensitive as adults are. Thus, being adult we all should take care of the feelings of children.