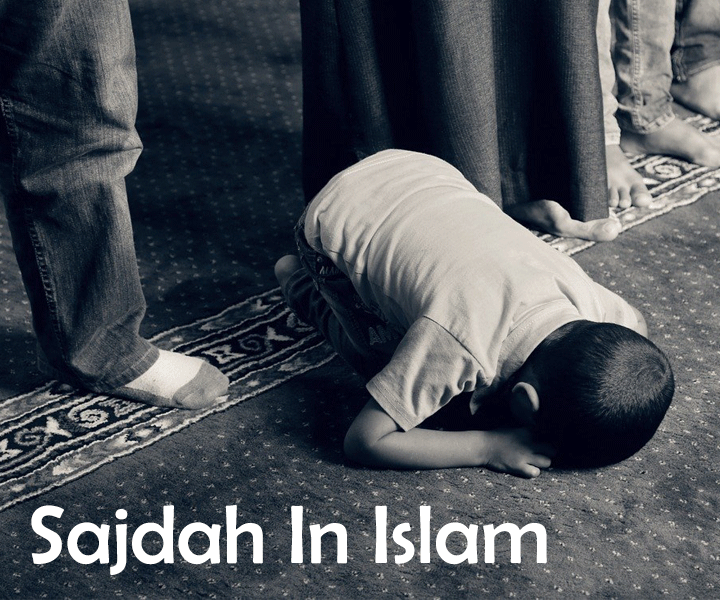 What is Sajdah in Islam?

Sajdah which is called as prostration is one of the most important pillars in Islam and Muslims are asked to perform Sajdah daily. Muslims perform Sajdah in every prayer and thus, sajdah is paid to the Lord of the Universe several times a day by Muslims. In every rakat of the Salah, two sujud are performed and so the number of sujud performed by Muslims depends on the number of Rakat.

Following are the types of Sujud other than the Sujud of those which are performed during Salah:

This is from the sunnah of the Islamic prophet Muhammad that whenever he used to hear news which would make him happy, he would make sujud to thank Allah.

During recitation (tilawa) of the Qur'an, including individual and congregation prayers, there are fifteen places where Muslims believe, when Muhammad recited a certain verse (ayah), he prostrated to God.

Sujud Sahwi or Sajdah of forgetfulness occurs during the ritual salat prayer. Out of forgetfulness a person can either omit obligatory parts of salat (Qabli) or add to the salat (Ba'adi). In either cases the person corrects his/her salat by doing the Sujud Sahwi

How many Sujud are there in Quran?

There are 15 Sjadah Ayaat in the Holy Quran that Sajdah in 4 Ayaat is Obligatory(wajib) and it’s recommended (Mustahab) in 11 Ayaat.

What Hadith say regarding the Sajdah?

When a person while reciting the Quran reaches the point of Sajdah in the surah and he does a sajdah then the Shaitaan cries and separates himself from that person and wails” O Disaster! When he was commanded to do Sajdah, he performed sajdah, thus for him, there are the gardens of Jannah. When I was commanded to do sajdah I did not do sajdah, and for me, there is the Fire.” [Sahih Muslim]

What is the correct way to perform Sajdah?

Translation: “Glory is to my Lord, the Most High”.

Muslims can recite “Subhana rabbiyal a'la” at least three times in one sajdah as saying it three times is also the sunnah of Prophet Mohammad (P.B.U.H). Although there is no restriction and so Muslim can say this 3 times or 5 times or 7 times also in one Sajdah.

Can a Muslim make Dua in Sajdah?

Yes indeed, one can make dua or supplications in the state of 'sajdahs' or prostration of prayer and it is not considered forbidden to supplicate to Allah in a language one knows. So, Muslims can make dua in any language they feel comfortable in.

What Allah says in Quran regarding the Sajdah?

Allah asked Muslims many times in Quran that make Sajdah only in front of one entity who is Allah-the all-knowing and the powerful. Allah says in Surah Nahl, verse 49:

“And to Allah prostrates whatever is in the heavens and whatever is on the earth of creatures, and the angels [as well], and they are not arrogant” [16:49].

At another place in Surah Al-Hijr, verse 98, Allah says:

Thus, by all of the above verses and hadith, we have understood that indeed there is a great importance of Sajdah for Muslims and Sajdah is the most peaceful activity which a Muslim can experience.