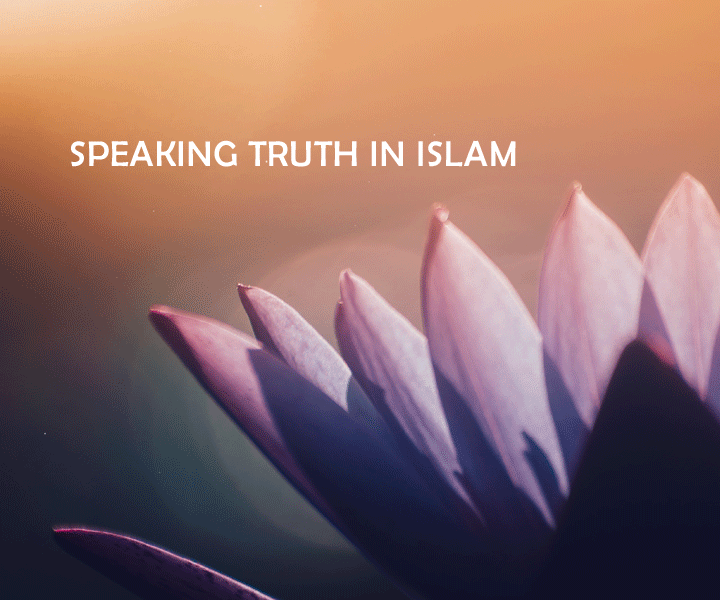 Speaking truth is the most important and powerful aspect of Islam. God has instructed the Muslims to speak the truth in every situation no matter what the situation is.

In Islam, God rewards Muslims for speaking the truth. Muslims have to build the courage and power to speak the truth to get enter into Paradise.

What Quran says about the reward of Truth?

“‘This is the Day when the truthful will benefit from their truthfulness.’ For them are gardens [in Paradise] beneath which rivers flow, wherein they will abide forever, Allah being pleased with them, and they with Him. That is the great attainment,” (Al-Ma’idah: 119).

We need to speak the Truth no matter what

People should have to be motivated to speak the truth and keep in mind what is right and wrong according to the instructions of God. Islam puts great emphasis on speaking truth under all situations in fact it teaches us to speak the truth against our respected ones.

What Hadith says regarding Truth?

Today, many people are struggling while speaking the truth. People who do not speak the truth, are afraid and feel torture which makes their mental health disturbed. In Islam, Muslims do best to speak the truth as it makes them feel peaceful and they are happy because they have fulfilled the order of God.

Many societies are facing a lack of truthfulness which is a bad habit as it is the stem of all wrong habits. Therefore, Islam emphasizes the importance of truth.

Allah (SWT) says what can be translated as, “O you who have believed, fear Allah and be with those who are true,” (At-Tawbah: 119).

Prophet Muhammad S.A.W said, “The seller and the buyer have the right to keep or return goods as long as they have not parted or till they part; and if both the parties spoke the truth and described the defects and qualities (of the goods), then they would be blessed in their transaction, and if they told lies or hid something, then the blessings of their transaction would be lost.”

The quotation reflects that the truth has more power in this world and hereafter and also people who speak the truth, God blessing will be on them.