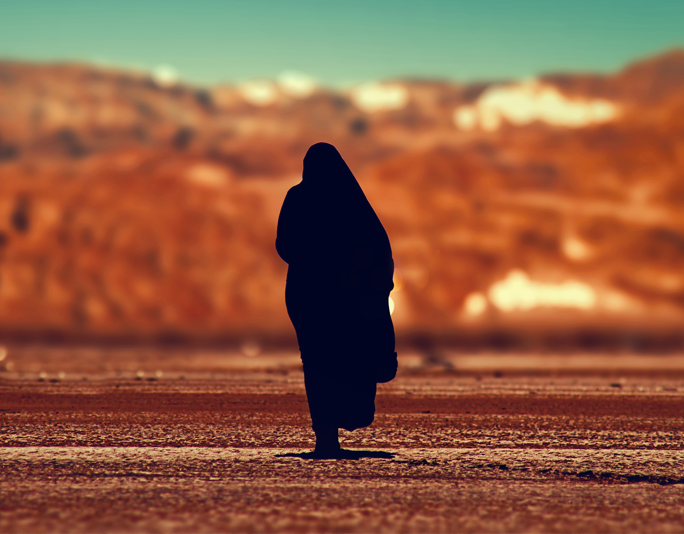 Hazrat Zainab bint-e-Ali (R.A) is called as the Queen of Karbala who actually played a very strong role in representing the Islam. Very courageously and bravely, she has shown the true mirror of Yazid ibn Muawiya to the entire World.

Hazrat Zainab (R.A) is the granddaughter of Allah’s messenger Mohammad (P.B.U.H) and the daughter of Hazrat Fatima (R.A) who is known as al-Batool which means the chaste and the pure. Hazrat Zainab (R.A) is such a courageous lady who stood against the atrocities of Yazid and was standing with his brother Hazrat Hussain (R.A) in the ground of Karbala.

Hazrat Zainab (R.A) is an important Muslim figure in Islamic History, who has not only given power to the Muslim ladies at the time of Karbala but she is still giving strength to all the women across the globe. Her powerful words in her last sermon at the Yazid’s court has set an example of the voice a lady can raise against wrong and so here, such stereotypes break that a Muslim woman is not allowed to raise her voice. She delivered a defiant speech when her brother Hussain’s (R.A) head among the other martyrs’ head were paraded before Hazrat Zainab (R.A). It was that moment when the World has seen the power of woman voice and that speech of Hazrat Zainab (R.A) is instructive till today.

In the sermon of Hazrat Zainab (R.A), she lifted the flag of religion Islam. She told the Yazid and the people out there that how much powerful Almighty Allah is, and how severe His punishments could be to those who are cruel and who kill the people of God. She must have gathered so much power at that time to speak when she was heart wrenched with the pain of her brother’s death. She humiliated Yazid while honoring the Ahl al-Bayt, and recalled him the verse of Quran which says that disbelievers are not free for the long time to commit sins, indeed! They must be caught one day. As Allah says in Quran, in Surah Ali-Imran, verse 178:

“And let not those who disbelieve ever think that [because] We extend their time [of enjoyment] it is better for them. We only extend it for them so that they may increase in sin, and for them is a humiliating punishment”. [3:178]

Hazrat Zainab (R.A) told the Yazid to not be happy on his apparent victory, whereas the real victors are those who died in the cause of Allah and cruel people like Yazid must face the taste of painful punishments. Hazrat Zainab (R.A) called out the verse of Surah Ali-Imran, in which Allah says:

“And never think of those who have been killed in the cause of Allah as dead. Rather, they are alive with their Lord, receiving provision, Rejoicing in what Allah has bestowed upon them of His bounty, and they receive good tidings about those [to be martyred] after them who have not yet joined them - that there will be no fear concerning them, nor will they grieve”. [3:169-170]

Hazrat Zainab (R.A) is indeed the strongest lady in the history. The battle of Karbala has the positive impacts in the history too, which is unforgettable. And the sufferings which the family of Prophet Mohammad (P.B.U.H) faced is for that moment only and those who struggle in the path of Allah will undoubtedly get the eternal rewards.