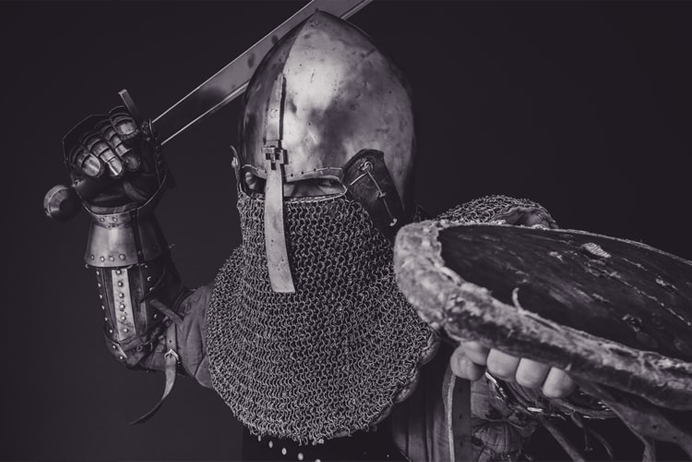 In Arabic, the meaning of Jihad is “to struggle”, “to fight” or “to strive” . Contextual meaning of Jihad varies from context to context. In West it is inaccurately translated as the “Holy War” , also in most of the places in West it is used as synonymous with “terrorism” and “militant”. However in Islam, Jihad refers to the struggles with the praiseworthy aim, such as to promote the right and to prevent the wrong.

Quran also speaks to carry out Jihad by means of the right teachings and under the conditions which are mentioned in Islam. Allah says in Surah Al-Furqan, verse 52:

“So do not obey the disbelievers, and strive against them with the Quran a great striving”. [25:52]

In another verse of Surah Al-Haj, Allah says:

These are the verses which speak to fight against the enemies but only by the means of Quran and by the right ways which Allah has mentioned in religion Islam. Allah never says to fight with aggression and to fight for your own concern with the enemies. However, Allah says Muslims to avoid the first attack against the enemies, and to fight back only if the enemies fight against Muslims. Moreover, Allah also asks to avoid aggression, since Jihad must be for Allah’s sake and not for personal interest. Also Allah hates transgressors. Allah says in Surah Al-Baqarah, verse 190:

“Fight in the way of Allah those who fight you but do not transgress. Indeed. Allah does not like transgressors”. [2:190]

Allah guides Muslims about the ways of Jihad and up to how much extent a Muslim should fight with the enemies. Verse 39 of Surah Al-Anfal says:

“And fight them until there is no fitnah and [until] the religion, all of it, is for Allah. And if they cease - then indeed, Allah is seeing of what they do”. [8:39]

Jihad is the sixth pillar of Islam. Prophet Mohammad (P.B.U.H) was asked by someone about the best jihad. He replied,

"The best Jihad is the one in which your horse is slain and your blood is spilled. (by Ibn Nuhaas and narrated by Ibn Habbaan).