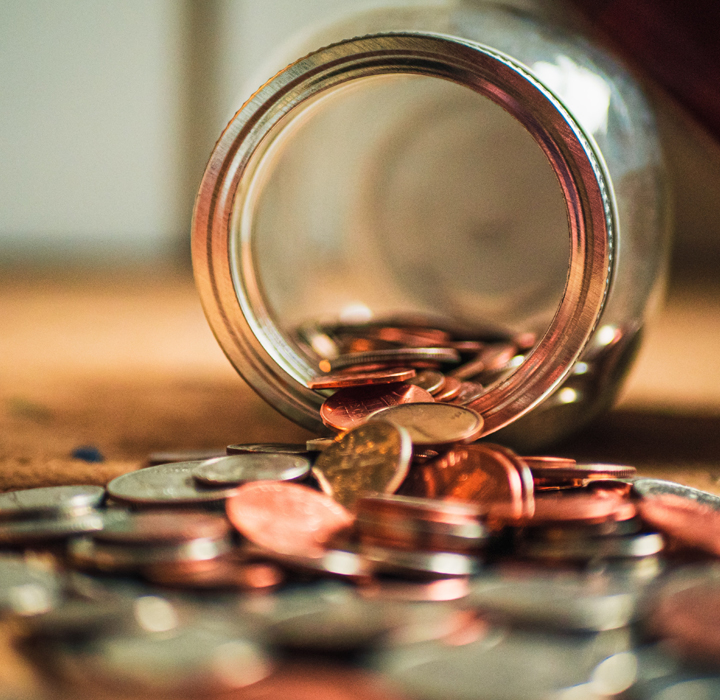 What Islam Says about pending Money

God uses the word money many times in Quran and Hadiths, because it is the basic need and plays a vital role in life, hence; to know how to earn and spend money in a better way is very important. Circumstances around us, behavior of people, and prosperity of a country, all depend on the usage of money.

Here are some verses and Hadiths which clearly mentions all the matters related to money.

What Islam says about Riba?

Riba means usury or unjust way of lending or borrowing money. What Islam says about Riba?

"Allah will deprive usury of all blessing, but will give increase for deeds of charity."

“Abu Huraira related that the Prophet said: On the night of the Miraj I came upon a group of people whose bellies were like houses. They were full of snakes which could be seen from outside their bellies. I asked Gabriel who they were, and he told me that they were the people who had practiced Riba (Interest).”

In Muslim it is declared that:

“Narrated Jabir ibn Abdullah: Allah's Messenger cursed the accepter of interest and its payer, and one who records it, and the two witnesses; and he said: They are all equal.”

Zakat Is One of the Five Pillars of Islam

Allah has commanded to wealthy people to give zakat annually, it is the best way to distribute money evenly among human beings.

"And they were not commanded except to worship Allah, [being] sincere to Him in religion, inclining to truth, and to establish prayer and to give Zakat. And that is the correct religion."

“Abbas related that a man asked the Prophet, Tell me what should I do to be admitted to Paradise and he (the Prophet) answered: Worship Allah associating nothing with Him, observe Salat, pay Zakah and strengthen the ties of kinship.”

Financial rights of children, husband, wife all are mentioned in Quran.

"And for all, We have made heirs to what is left by parents and relatives. And to those whom your oaths have bound [to you] - give them their share. Indeed Allah is ever, over all things, a Witness."

What Hadith says about bequest?

“Ibn Umar related that the Prophet said: It is the duty of a Muslim man who has something which is to be given as a bequest not to have it for two nights without having his will written regarding it.”

It is mentioned in Hadith about inherent money that:

In Bukhari it states that:

“Abu Huraira narrated that the Prophet said: A time will come upon the people when one will not care how one gains one's money, legally or illegally.”

According to Hadith those who earn money illegally will be punished in the Day of Judgment.

It is mentioned that:

In Hadith the reward for truthful and trustworthy businessmen is also mentioned:

“Abu Said related that the Prophet said: The truthful and trustworthy businessman will be in the company of Prophets, saints and martyrs on the Day of Judgment.”

How to Utilize Money in an Excelling Means

Islam considers spending money on poor and orphan people for the fulfillment of their needs is the best way to utilize money.

"Have you seen the one who denies the Recompense? For that is the one who drives away the orphan. And do not encourage the feeding of the poor."

In Bukhari it is mentioned that:

“Safwan ibn Salim related that the Prophet said: Anyone who looks after and works for a widow and a poor person is like a warrior fighting for Allah's cause, or like a person who fasts during the day and prays all night.”

Reward of Spending Money on Others

God also mentions the reward of spending money on others, so people are willing to help each other and provide benefit to society by their good deeds.

“Abu Huraira related that the Prophet said: The Lord's commandment for every one of His slaves is, ‘Spend on others, and I will spend on you'.”

In Bukhari it is declared that:

“Abu Huraira narrated that the Prophet said: Every day two angels come down from Heaven and one of them says, 'O Allah! Compensate every person who spends in Your Cause,' and the other (angel) says, 'O Allah! Destroy every miser'.”

“Narrated Hakim bin Hizam that the Prophet said: The upper hand is better than the lower hand (i.e. he who gives in charity is better than him who takes it). One should start giving first to his dependents. And the best object of charity is that which is given by a wealthy person (from the money which is left after his expenses). And whoever abstains from asking others for some financial help, Allah will give him and save him from asking others, Allah will make him self-sufficient.”

In another Hadith it states that helping others can also prevent us from fire:

“Abu Huraira related that the Prophet said: He who makes a habit of asking from others reaches out for a brand of Fire, so let him refrain or continue, as he desires.”

Extravagant Spending is an Evil Act

Spending money in a wrong or wasteful ways is considered as an evil act in Islam.

"And give the relative his right, and [also] the poor and the traveler, and do not spend wastefully. Indeed, the wasteful are brothers of the devils, and ever has Satan been to his Lord ungrateful." [Quran 17:26-27)]

It is also mentioned in Hadith that:

“Amr ibn Shuaib, on his father's authority said that his grandfather related that the Prophet said: When you eat, drink, give charity and wear clothes, let no extravagance or pride be mixed up with what you do.”