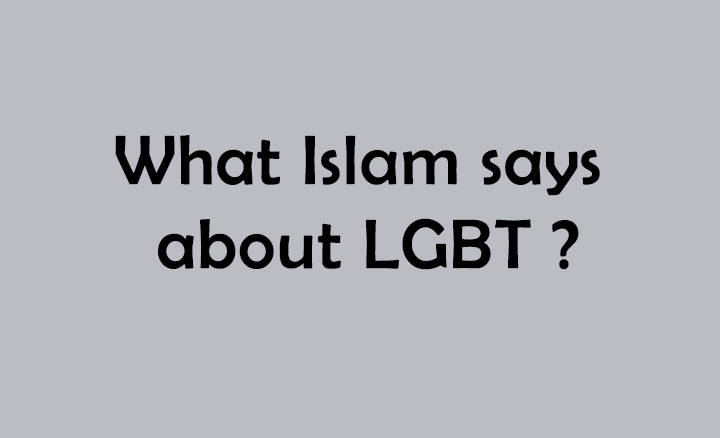 What Islam says about LGBT?

The word "lesbian" is derived from the ancient Greek island of Lesbos, which was home to Princess Shappo as well as Athis, two homosexual women. Lesbos was located in the centre of the Egis Ocean. As a result, the women who attracted one another were labelled lesbian or lesbo. They are females who assist other females in terms of sexual orientation.

Gay sexes are those that model their sexual orientation after other men. They are categorised as homosexuals since they are both lesbian and gay.

Individuals who have a sexual mutual attraction to individuals of both gender identity, including both men and women, are referred to as bisexuals or pansexuals. The heterosexual and gay sexual orientations are divided into the third category. Since transgender does not involve sexual orientation, it distinguishes itself from the previous three categories.

All of genders mentioned above including lesbian, gay, bisexual, and transgender are men made and it is all psychological aspects not something natural. Being psychological doesn’t always means naturally built. For example, if a person gets panic attacks, then there must be something reason behind and anxiety attacks are not gotten by a person from birth. Similarly, if someone says that he is gay or she is lesbian then it is absolutely due to their own will. Such negative feelings could be controlled and who control getting into such haram things would indeed be rewarded in both worlds.

People who identify as transgender do not necessarily fit into the sex they were given at birth. Transsexuals are some transgender individuals who want medical help to transfer their sex from one sex to another.

For Muslim transgender people, the perspective of Islamic law and research on the issue of transgender sex-reassignment surgeries is still a crucial issue. Both Sunni and Shi'a classical thinkers considered this procedure to be primarily immoral and so forbidden (haram) in Islam.

Gender Reality in the light of Quran

The Quran has explicitly stated that mankind has been divinely created from a male and a female. Allah states clearly in Surah Al-Hujurat, verse 13:

“O humanity! Indeed, We created you from a male and a female, and made you into peoples and tribes so that you may ˹get to˺ know one another. Surely the most noble of you in the sight of Allah is the most righteous among you. Allah is truly All-Knowing, All-Aware” [49: 13].

The above verse states clearly that mankind can only be formed by the pair of two opposite genders (male and female). Moreover, a child is also raised under the care of both man and woman. No same gender could give birth to a child or raise a child.

One of the most important duties in a marriage is to dedicate the life, and quality time for raising good humans for the betterment of this world. How this could be possible if same genders are feeding their own evil lust? Most importantly reproduction is not possible through same gender as per nature.

Allah has further discussed the creation of human in Surah Al-Nisa, verse 1:

“O humanity! Be mindful of your Lord Who created you from a single soul, and from it He created its mate, and through both He spread countless men and women. And be mindful of Allah—in Whose Name you appeal to one another—and ˹honour˺ family ties. Surely Allah is ever Watchful over you” [4:1].

There are clearly too many texts in the Quran which discuss the two sexes for us to argue against the existence of sex roles, and the Quran makes no mention of anything else. Unquestionably, there are many Islamic juridical and social rules that apply differently to men and women. These rules can be seen in all legal literature and span from the initial chapters on purification to the last chapters on inheritance.

There could be a certain validity to the modern division between psychological or cultural gender and biological sex (for instance, it is right to say that certain aspects of traditional gender roles are culture based). Nevertheless, it is absolutely false to assert that "gender" in its totality is a societal concept with no meaningful connection to biological sex. Male and female bodies differ in terms of their DNA.

Because men and women differ from one another in far too many ways—physically, medically, biologically, emotionally, and a plethora of other ways—the Shari'ah outlined each gender's roles clearly.

Therefore, in order to follow the Shariah, one must declare their gender as that of their biological sex (personal pronouns included) and comply with the rules that go along with their gender.