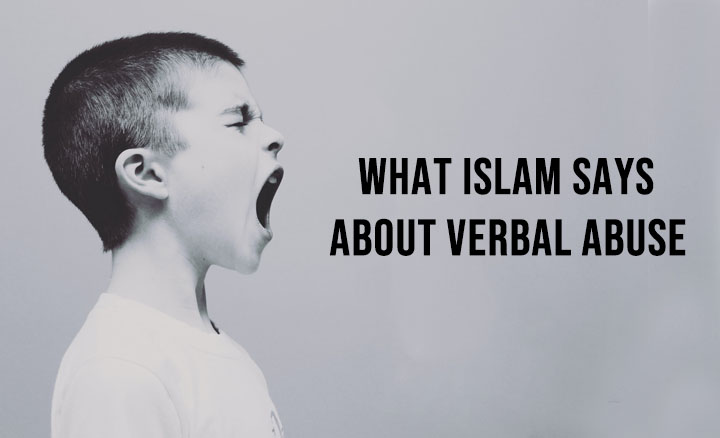 What Islam says about Verbal Abuse

What Islam says about Emotional and Verbal Abuse?

The meaning of emotional abuse could not be as clear-cut as that of physical abuse, and the abuse itself is more subtle. Name-calling, insulting, using the fear of divorce as a tool to control the other person, and making threats with a real weapon are all examples of emotional abuse.

Men and women who experience frequent verbal abuse from their spouses but have not experienced physical abuse experience the mental health suffering in same way.

Verbal abuse is more subtle than physical abuse and can go undetected. However, because there is no "apparent" harm, verbal abuse is still more harmful. Ultimately, it destroys the soul, leaves unseen wounds, a broken spirit, and low self-esteem.

Islam understands the harm of verbal abuse, which may be why it places such a strong focus on controlling one's tongue and protecting others from its underlying harm.

“A true believer is not involved in taunting, or frequently cursing (others) or in indecency or abusing.” [al-Tirmidhi]

In another narration, the Prophet Mohammad (P.B.U.H) has aid:

“…Cursing a believer is like murdering him.” [Al-Bukhāri and Muslim]

SubhanAllah, how accurate the Prophet (sallallahu 'alayhi wa sallam) was when he said that using a harsh tongue and swearing can be just as hurtful and detrimental as killing someone. And a man's greatness has been defined as his good manners and restraint of his tongue.

“Who is the most excellent among the Muslims?” He said, “One from whose tongue and hands the other Muslims are secure” [Al-Bukhāri and Muslim].

Islam views a man and woman's marital relationship as more than just a contractual arrangement for them to coexist financially and physically. In order to live a happy, fulfilling life and carry on the family line, marriage is an important agreement and a blessing from Allah. In Islam, the development of peace and love between the couples is the main objective of marriage.

The foundation of the marriage should be based on peace, love, and kindness. These three principles encompass Islamic marriage. The husband and wife have a responsibility to make sure that they are a cause of peace and comfort for one another.

“And one of His signs is that He created for you spouses from among yourselves so that you may find comfort in them. And He has placed between you compassion and mercy. Surely in this are signs for people who reflect” [30:21].

Hence, if the partner is abusive then how it is possible to have peace and tranquility in relationship of husband and wife? Islam is the religion of peace; this is why Islam has put emphasis multiple times on speak with kindness.

Emotional abuse is a usually result of anger.

Sometimes people frequently insult or label others with abusive names when they are furious. Being easily and rapidly furious with one another might result in emotional abuse.

The Prophet (peace and blessings be upon him) urged us to restrain our rage, refrain from insulting one another and using bad language, and never point a weapon in the direction of another person. This broad instruction was meant for everyone, but in a marriage, it needs to be taken much more carefully.

Above verses and hadith says very clearly about the importance of kindness towards others. Islam discourages verbal abuse strictly. Knowing the damage of mental health through verbal abuse, we as Muslims should follow the teachings of Islam and adopt kindness and spread peace around.

Following verse of Quran is concluding beautifully this whole blog:

“Kind words and forgiveness are better than charity followed by injury. And Allah is Self-Sufficient, Most Forbearing [2: 263]”.