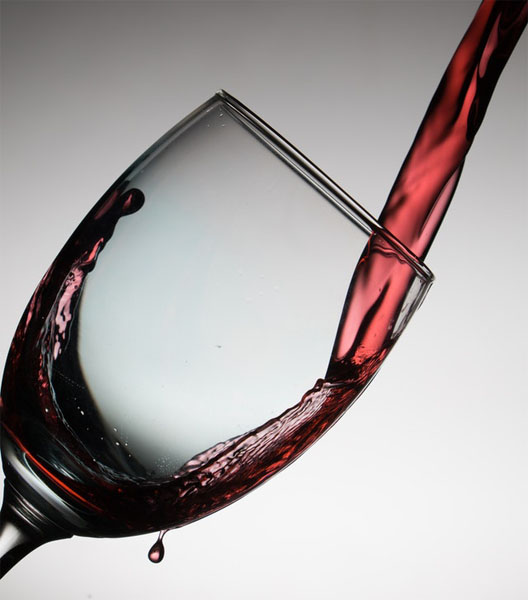 Why Muslims do not drink Alcohol

Why Muslims do not drink Alcoholic

Islam is called the “Deen-ul-Fitrah” or the natural religion of man and all the rulings’ commandments mentioned in Quran are aimed at preserving the natural state of human beings. In the same way, the haram and halal things mentioned in Quran are for our own benefits. Allah (swt) has forbidden us from certain things, as those things can be harmful for us and for our health. Alcoholic beverages are no exception. While alcohol has some benefits but its harms, outweighs its benefits.

“Every intoxicant is Khamr and every intoxicant is forbidden. He who drinks wine in this world and dies while he is addicted to it, not having repented, will not be given a drink in the Hereafter” [Sahih Muslim, 92].

In linguistic terms, Khamr (خمر), an Arabic word used to refer alcoholic drinks like wine which is obtained from grapes.

As mentioned in Quran,

“O believers! Intoxicants, gambling, idols, and drawing lots for decisions are all evil of Satan’s handiwork. So shun them so you may be successful.” [5:90]

Therefore, alcoholic beverages are considered impure and unlawful. Consumption of any amount of alcohol is haram even if it does not have drunken effects. Our Prophet (PBUH) pointed to the date palms and grape vines and said, “Intoxicants are from these two trees”. Alcohol made from raisins and dates, is also not allowed in Islam regardless of the amount consumed.

Why is it Haram (Unlawful)?

Allah has clearly mentioned in Quran that alcohol is forbidden, and it falls under the category of sin if consumed intentionally. He says,

“They ask you (O Muhammad) concerning alcoholic drink and gambling. Say: ‘In them is a great sin, and (some) benefits for men, but the sin of them is greater than their benefit” [2:219].

Another reason of alcohol being unlawful for Muslims is its harmful effects on body and mind. Allah has forbidden everything for us that harm our mind, body and saps of strength. Everything that harms the man is nor permitted in Islam. As mentioned in Quran,

“And do not throw yourselves into destruction” [2:195]

The consumption of alcohol also makes it difficult for people to differ between wrong and right. The foundation of Muslim faith is laid on rational thoughts, good judgements and intellect.

As alcohol can result in causing this type of behaviour where a person is does not care about his wrong actions is another reason Muslims are not allowed to drink alcohol. And it is also a waste of money.

“Verily, the spendthrifts are brothers of the Shayateen (devils). [17:27]

Prayer is fundamental pillar of Islam and Muslim’s lifestyle. It is an obligation on us to pray five times a day and in order to perform it in the right manner, we have to perform ablution. This helps us in spiritually connecting with the environment, creation and health. According to Islamic scholars, the presence of alcohol in the same room where the prayers are perform does not affect the salat, but a person consuming it cannot pray for forty days until and unless he/she repents sincerely.

In one of the hadith narrated by Ibn e majah from Abd-Allaah ibn ‘Amr who said: The Messenger of Allah (PBUH) said:

“Whoever drinks alcohol and gets drunk, his prayer will not be accepted for forty days and if he dies, he will go to Hell. But if he repents, Allah will accept his repentance” [Sunan Ibn Majah, 3377].

In another hadith it is reported on behalf of the Prophet as he said,

"Liquor is the mother of many evils and it is the most shameful of all evils: anyone who drinks liquor, will neglect prayer, and may commit incestuous offences." [Sunan Abi Dawud]

Even from medical point of view, alcohol is prohibited as it can be a cause of developing harmful diseases. A study on death rate due to intoxicants showed that a greater number of deaths in the world are due to the consumption of alcohol. Millions of people die every year due to the alcoholic drinks they consume regularly.

Some of the health issue pointed out by medical professionals are cirrhosis of the liver, cancers of the oesophagus, Chest infections, Skin diseases and Angular Stomatitis are common among alcoholics.

For the above stated reasons, the shun of alcoholic beverages is for our own good as it might jeopardize one’s values and faith. Finally, one must seek refuge in Allah against evil and sinful acts that are the evil whisperings of Satan.

"My Lord hath forbidden indecencies, such of them as are apparent and such as are within, and sin and wrongful oppression ... " [7:33]