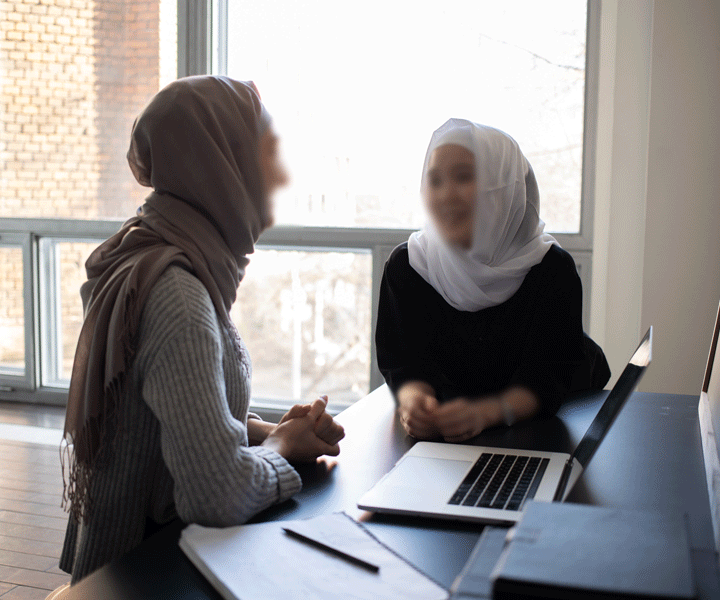 There are many Muslims who do not have the right knowledge of Islam and so they assume things as per to the little understanding what they have. In Shari’ah, it is absolutely allowed for Muslim women to work or to do job and there is no harm in it. But as Islam has allowed so many things with some terms and conditions, similarly Islam has also allowed women to work but with certain rules and regulations which women must follow. Some of the conditions are, women should take permission from their husbands and if their husbands do not want their wives to work then it is duty upon wives to follow the husbands’ command.

Some people interpret the verse 33 of Surah Al-Ahzaab that Allah has asked the Muslim women to stay at home and it is forbidden for Muslim women to work. However, it is not the exact case; rather Allah has sent this Quranic verse for the wives of Prophet Mohammad (P.B.U.H) and because of the status of Prophet Mohammad’s wives they have been asked to stay at home if they do not need to go out for some purpose. But this is not a strict order by Allah since Hazrat Khadija (R.A) has been the business woman in Islamic history.

“An undisputed element of the Sunnah is that Muhammad's first and most beloved wife Khadijah was a wealthy, successful, independent, well-reknowned businesswoman in Makkah”.

However, Scholars of Islam don’t restrict a woman from working outside of her home. In fact, there are jobs where women are required. For example, teaching women or female gynecologists, nurses etc. There is nothing wrong in that as long as she abides by the guidelines mentioned in Islam.

Women Should Manage the Household Along With the Job

If a Muslim woman, who is educated enough in both religion and worldly subjects as her religion requires her to, and is managing her household just fine (if there are kids they are looked after by their grandparents, reliable babysitters, or school), then there is no Islamic justification for her not to work. Again, however, it's not just her decision, but a decision her husband and her have to make together. That part is important. It is similar to a Muslim man deciding to quit his job. It's not just his decision. His wife's wishes must come into play.

Quranic evidence on this issue

According to Islam a woman is permitted to work and have a career. Allah has mentioned in the surah 28 (Al-Qasas), verse 23:

The above verse is referring to the scenario where Hazrat Musa (A.S) went near the well, he has seen two women who were watering their animals and thus later on one of these women has tied a knot of Nikah with Hazrat Musa (R.A).

According to this verse, two women had a job (they were shepherd) and we know that they were daughters of Prophet Shuaib (A.S) and also Moses was a Prophet of Allah and they did not ban them from having a job out of the house.

Therefore it can be said that according to Islam it is permissible for a woman to work and have a career.