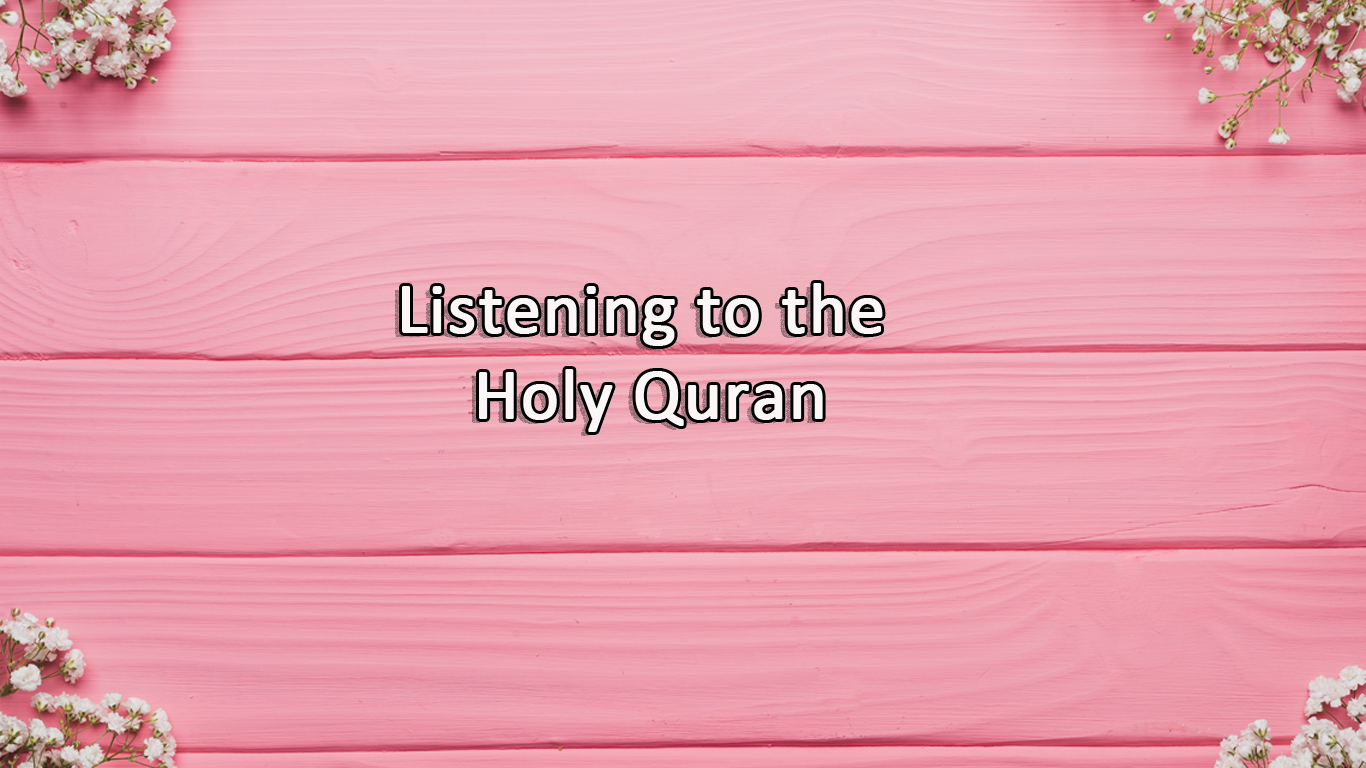 The importance of listening to the Holy Quran

The Quran was brought down upon the Holy Prophet (PBUH) in parts and not in whole. The intention of Allah in doing so was to make the Holy Prophet (PBUH) recite it in small portions to his followers and them to listen to it and absorb it in small portions. As they absorbed the portions of the Quran while they listened their faith in Allah and the last Prophet became stronger. And thus they followed Islam and became pure Muslims in every sense.

Allah asked us not only to read the Quran but to understand it and to listen to it as well. For it is the power of hearing it and absorbing it that ultimately made us understand the impact of the religion of Islam on our lives. Allah said in the Quran:

“And when they hear what has been revealed to the Messenger, you see their eyes overflowing with tears because of what they have recognized of the truth. They say” Or lord we have believed so register us among the witnesses.’”

That is the effect that listening to the recitation of the Quran has on us. It makes us understand the power of Allah, His Supermacy, and makes us realize all our sins, makes us humble and makes us bow down towards the One and Only.

To listen to its recitation leaves an amazingly positive and fresh feeling inside us, in our hearts and soul as we begin to realize that Allah can solve all our problems in a jiffy, and that HE alone can mend our broken hearts and HE alone is the maker of those hearts! It makes our heart and souls seek for more knowledge, for no doubt, the Quran is a complete guidance of life. It makes us believe that Allah is talking to us, really communicating with us and that we can turn to Him and thank Him for our blessings and cry in front of Him for our hardships.

When you listen to the Quran, your horizon about life broadens! Haven’t you ever felt while listening to Surah Rahman, for example, the power of Allah’s blessings?

“Which then, of the favours of your Lord will you deny?”

None, indeed. Listening to the Quran makes you reflect, makes you feel like you have a friend, that you’re never lonely because the words of Allah, as true as the heavens and the earth, are with you! You realize that this world is temporary, it makes you detach from worldly and materialistic things and strive for a better tomorrow, a better Hereafter!

“When the Qur’an is read, listen to it with attention, and remain silent, that you may receive mercy.” [7:204]

And finally, as the verse above explains, listening to the recitation of the Quran gives you the mercy of Allah. What better antidote than this to enter heaven InshAllah!