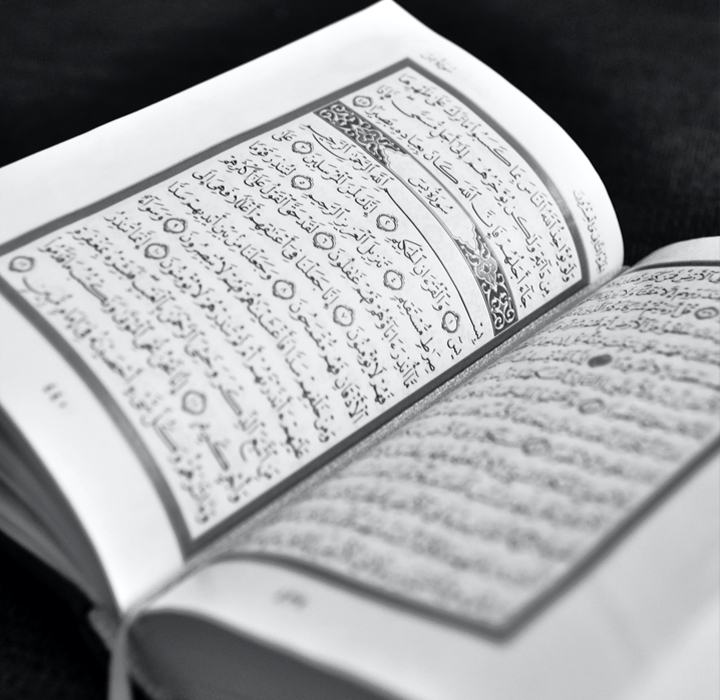 Truth about the Last Book of God

The Holy Quran is the last book of God revealed on His last Prophet Hazrat Mohammad (PBUH). Each and every thing related to this world has mentioned in Quran. Along with other verses about different aspects of life, God has revealed many verses related to Quran also, to describe its qualities and importance, some of them are:

Every word mentioned in Quran is the word of God

Every single word of Quran is the word Of God; hence, there is no chance of any mistake or flaw because God is the Lord of worlds.

“And this Qur’an is not such as could ever be produced by other than Allah (Lord of the heavens and the earth), but it is a confirmation of (the revelation) which was before it [i.e. the Taurat (Torah), and the Injeel (Gospel)], and a full explanation of the book (i.e. laws, decreed for mankind) – wherein there is no doubt – from the Lord of the ‘Alamin (mankind, jinn, and all that exists).”

Quran is all about truth and so whatever mentioned in this book whether it is about human beings or about this world is all truth. Those who follow the teaching of Quran always get benefits and never be in loss.

Despite of having Quran if someone even disbelieves and not follow the commands of God then he/she will be in great regret and deficit. Allah says:

“These are the Verses of the Book (the Quran), and that which has been revealed unto you (Muhammad (S)) from your Lord is the truth, but most men believe not.”

The reason behind the revelation of Quran is just the guidance and welfare of mankind otherwise there is no hidden profit of God in the recitation of Quran or get guidance from Quran by human beings.

It is declared in Quran that:

“We have certainly sent down to you a Book in which is your mention. Then will you not reason?”

Every command of God present in Quran is advantageous for us then is it beneficial to disbelief and refuses them?

And indeed We have fully explained to mankind, in this Quran, every kind of similitude, but most mankind refuse (the truth and accept nothing) but disbelief.

“… And We have sent down to you the Book (the Quran), as an exposition of everything, a guidance, a mercy, and glad tidings for those who have submitted themselves (to Allah as Muslims).”

Quran is the book which prevents our lives from darkness

Quran turns our life from darkness to light by knowledge and awareness towards the reality of this world. It is mentioned in Quran that:

“It is He Who sends down manifest Ayaat (proofs, evidences, verses, lessons, signs, revelations, etc.) to His slave (Muhammad) that He may bring you out from darkness into light.”

Those people are at the right direction who spend their life according to Quran and they are also the most righteous and pious human beings.

Allah says in Surah Al-Baqarah that:

It is no virtue that you turn your faces towards the east or the west, but virtue is that one should sincerely believe in Allah and the Last Day and the Angels and the Book and the Prophets and, out of His love, spend of one’s choice wealth for relatives and orphans, for the needy and the wayfarer, for beggars and for the ransom of slaves, and establish the Salat and pay the Zakat. And the virtuous are those who keep their pledges when they make them and show fortitude in hardships and adversity and in the struggle between the Truth and falsehood; such are the truthful people and such are the pious.

God not only sends His creatures alone in this world but with guidance in the form Of Quran, so, the whole humanity can get right direction and prevent themselves from harm, loss and punishments.

Those (who embraced Islam from Bani Israel) to whom We gave the book [the Taurat (Torah)] [or those (Muhammad’s companions) to whom We have given the book (the Quran)] recite it (i.e. obey its orders and follow its teachings) as it should be recited (i.e. followed), they are the ones who believe therein. And whoso disbelieve in it (the Quran), those are they who are the losers. (Tafsir Al-Qurtubi).

No one is capable to write a book like Quran

Quran is not comparable with any of the book present in this world and no one is able to write a book which is even similar with Quran.

“And if you (Arab Pagans, Jews, and Christians) are in doubt concerning that, which We have sent down (i.e. the Quran) to Our slave (Muhammad (S)), then produce a Surah (chapter) of the like thereof and call your witnesses (supporters and helpers) besides Allah, if you are truthful.”

Quran is the only book which is still preserved in its original condition and no one is capable to change a single word of it because God takes the responsibility of Quran’s protection.

“Indeed, it is We who sent down the Qur'an and indeed, We will be its guardian.”

Quran is the source of spiritual and physical healing

Quran spiritually heals the soul by the recitation of its verses and if we understand and fulfill commands of God which are mentioned in Quran then it can also prevent us from any kind of physical harm.

“O mankind! There has come to you a good advice from your Lord (i.e. the Quran, ordering all that is good and forbidding all that is evil), and a healing for that (disease of ignorance, doubt, hypocrisy and differences, etc.) in your breasts, – a guidance and a mercy (explaining lawful and unlawful things, etc.) for the believers.”

“And We sent down in the Quran such things that have healing and mercy for the believers.”