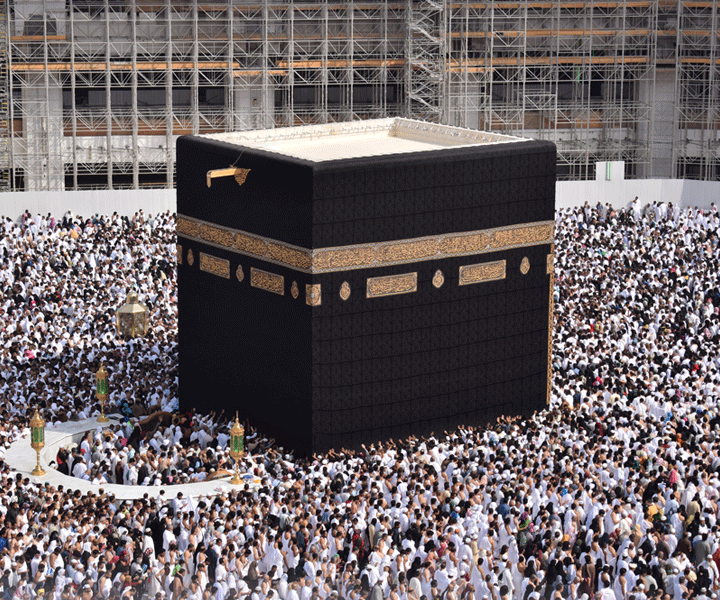 Hajj Pilgrimage and its Significance

What is Hajj Pilgrimage?

Beliefs and practices of Islam are based on five pillars in which the final and the last pillar of Islam is Hajj Pilgrimage.

Hajj is performed every year in the last month “Dhul hajj” of Lunar calendar. Around two to three million Muslims visit Saudi Arabia every year to perform the Hajj pilgrimage. Allah has ordered all Muslims who are financially and physically fit that they must perform hajj at least one time in life.

As Allah has also said in Quran, in Surah Al-Imran, verse 97:

“And Hajj (pilgrimage to Makkah) to the House (Kaaba) is a duty that mankind owes to Allah, those who can afford the expenses (for one’s conveyance, provision, and residence); and whoever disbelieves [i.e. denies pilgrimage to Makkah), then he is a disbeliever of Allah], then Allah stands not in need of any of the ‘Alamin (mankind and jinns).” [Surah Aal-e-Imran; 97]

What is the purpose of Hajj Pilgrimage?

Hajj is an opportunity from Allah so that man can clean out all the past sins he has committed intentionally or unintentionally. After performing hajj man turns out just like a new born baby who has not committed any sins. Abu Hurairah narrated that the Prophet Muhammad (P.B.U.H) said:

"He who performs Hajj for Allah's pleasure and avoids all lewdness and sins will return after Hajj free from all sins as he was the day his mother gave birth to him." [Bukhari and Muslim]

Hajj pilgrimage emerges Muslims of the world together; it shows Muslims and the whole world about the equality of men because in pilgrimage people of all kinds, colors and nation come together on a single platform. It also shows that Islam is not the racism or biased religion rather Islam is the religion which does not create discriminations among humans. Allah just wants men's kindness, piety and love for other fellow beings and Allah likes those who keep the balance in the world.

What Quran says about the pilgrimage?

“Verily, the first House (of worship) appointed for mankind was that at Bakkah (Makkah), full of blessing, and guidance for Al-‘Alamin (the mankind and jinns). In it are manifest signs (for example), the Maqam (place) of Ibrahim (Abraham); whosoever enters it, he attains security. [Surah Aal-e-Imran; 96]

The above verse clearly tells us it is the duty of every Muslim to perform hajj pilgrimage because it is a blissful journey.

Significance of Hajj Pilgrimage in Hadiths:

There are plenty of hadiths that tells us the significance of Hajj Pilgrimage. At one place Abu Hurairah narrated that the Muhammad (P.B.U.H) said:

Things which are forbidden during Hajj Pilgrimage

Allah has ordered us not to shave heads during or before Hajj days, as it is in the Holy Quran:

“And do not shave your heads until the Hady [sacrificial animal] reaches the place of sacrifice” [Surah Al-Baqarah; 2:196]

At another place Allah has forbidden us from sexual intercourse during hajj pilgrimage:

“So whosoever intends to perform Hajj therein (by assuming Ihraam), then he should not have sexual relations (with his wife), nor commit sin, nor dispute unjustly during the Hajj” [ Surah Al-Baqarah; 2:197]

Is Hajj an Obligation or not?

Thus, all of the above verses and Hadith are clearly defining the Hajj pilgrimage and the ways Hajj pilgrimage should be performed. It is indeed an obligation and the most beautiful activity; therefore, every Muslim should try to perform Hajj only if their pocket allows it. Allah has not made anything an obligation for which Muslims may feel helpless. This is why Hajj should be performed if a person has enough money to perform.