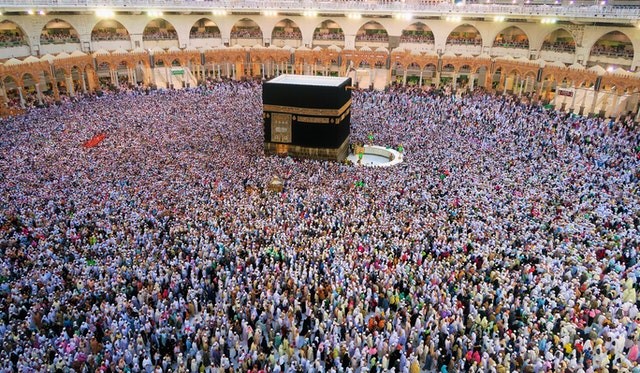 Importance of Hajj in Islam

As Muslims, we all are aware of the five pillars of Islam and the major celebrations in our religion. Hajj, is the fifth pillar and an obligation for those that are financially capable of doing it. We as Muslims know the reasons and the history behind hajj and why it is being performed. But what if a non-muslim ask you about hajj and its rituals? Therefore, explaining it to them in the best possible way is necessary to make them aware of our religion.

The meaning of ‘Hajj’ is to go to Makkah in the month of Zil-Hajj and perform certain rituals as a part of Ibadat. It is considered as the one of the most significant religious event for Muslims, where more than 2 million people gather every year from all over the world. It is the largest annual gathering that takes place in Makkah. As a fifth pillar of Islam, every adult is obliged to perform it once in their life if they are physically and financially able to.

“He who possess enough food for the trip, a means of transportation to reach to Makkah, and yet does not perform Hajj, then he dies, he would then die as a Jew or a Christian.” [At-Tirmithi]

At another instance in the Quran, Allah says:

“And Hajj (pilgrimage to Makkah) to the House (Kabah) is a duty that mankind owes to Allah, those who can afford the expenses (for one’s conveyance, provision and residence)” [3:97]

There are different rituals and actions that are a part of Hajj that one needs to complete. The actions are performed in Makkah along with visiting other places including Madina, Mna, Arafah and Muzdalifa.

The beginning of hajj starts by getting in the state of Ihram (state of consecration). The person performing the hajj is required to refrain from certain things including wearing normal cloths, clipping nails, using perfumes, having marital relations and other restrictions.

“Hajj is [during] well-known months, so whoever has made Hajj obligatory upon himself therein [by entering the state of ihram], there is [to be for him] no sexual relations and no disobedience and no disputing during Hajj. And whatever good you do - Allah knows it. And take provisions, but indeed, the best provision is fear of Allah. And fear Me, O you of understanding. [2:197]

Mina and the Day of Arafah

On the eight of Dhul-Hajj, the pilgrims are required to stay a day in Mina for a day before leaving for Arafah. The next action performed by pilgrims is travelling from Arafah to Muzdalifah. This is the most important part of hajj. The pilgrims need to spend one night there before leaving for Mina.

“There is no blame upon you for seeking bounty from your Lord [during Hajj]. But when you depart from 'Arafat, remember Allah at al- Mash'ar al-Haram. And remember Him, as He has guided you, for indeed, you were before that among those astray” [2:198]

Sacrificial of Animal and Tawaf

On the tenth of Dhul hajj, the pilgrims then sacrifice their animals for Allah, trim or shave their hairs and then throw seven pebbles at the station in Mina before beginning their journey to go to Makkah for performing tawaf. At Makah, the pilgrims are required to perform tawaf (going around kabah 7 times) and then walk between the two hills called Al-Safa and Al-Marwah.

“And [mention, O Muhammad], when We designated for Abraham the site of the House, [saying], "Do not associate anything with Me and purify My House for those who perform Tawaf and those who stand [in prayer] and those who bow and prostrate. That they may witness benefits for themselves and mention the name of Allah on known days over what He has provided for them of [sacrificial] animals. So eat of them and feed the miserable and poor. Then let them end their untidiness and fulfill their vows and perform Tawaf around the ancient House” [22:26-28].

In another narration, our Prophet Muhammad (PBUH) has said,

After performing this ritual, the pilgrim removes their Ihram completely showing that their hajj is complete, and they no longer need to follow the previous restrictions.

After knowing about the actions and rituals that Muslims perform during Hajj, let’s explore the history and how it connects the pilgrims with the past and future in a tremendous manner. Pilgrims follow the teachings and the practices of our beloved prophets like Abrahim, Ismail and Muhammad (PBUH).

For instance, the movement between the two hills Al-Safa and Al-Marwah during hajj is to remember the story of Hajar (wife of Prophet Abrahim) where she jogged between these two hills in search of water for baby Ismail. The Zamzam well was discovered in the middle of desert under the feet of baby Ismail.

For the remembrance of Muhammad (PBUH), the pilgrims circle around Kaaba. The Kaaba was built by Prophet Abrahim along with Prophet Ismail by the will of Allah. He was also given the order to make the announcement for hajj for years.

This is how Muslims are connected to their past during hajj by honouring the actions of the Prophets. The idea of throwing pebbles at Mina is a symbol of hating sheitan and defeating the evil.

That’s how Hajj is linked with the future by resetting the consciousness and mindsets of the pilgrims to the original state and purify them from sins just like the way they were created. Hajj teaches Muslims Unity, equality, universality, unity of purpose, togetherness, selflessness, humbleness, and sharing that helps in building a stronger Muslim community.