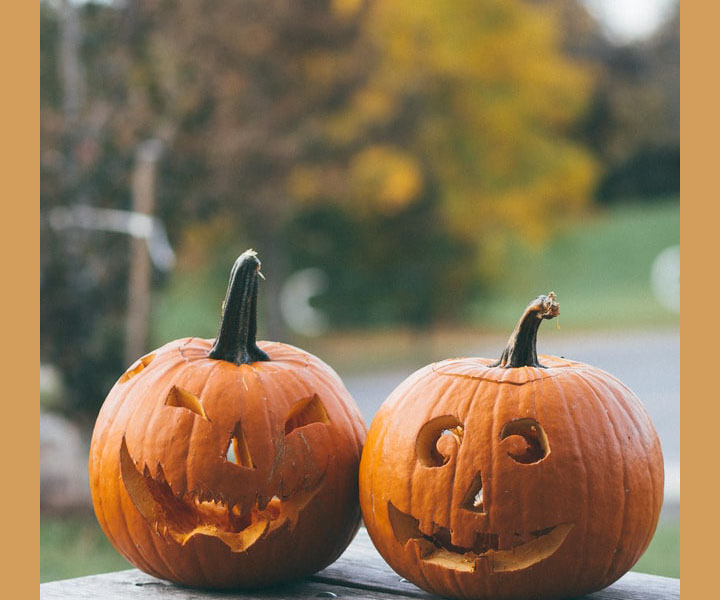 Halloween began as the Eve of Samhain, a paganic holiday celebrating the start of winter and the first day of the New Year among the British Isles' ancient pagans. It has been thought that supernatural powers had collected at this time, and that the borders between the supernatural and human realms had been shattered.

They thought that spirits from other planets (such as the souls of the deceased) may come to earth and roam around during this period. Celts observed a dual festival for the sun god and the lord of the dead on Samhain. The crop was acknowledged to the sun, and moral assistance was sought for the approaching "war" with winter. In order to placate the gods, pagans sacrificed animals and harvests in ancient times.

From which Religion Halloween is?

What is the concept of Halloween in Islam?

There is no concept of Halloween in Islam. Islam never encourages anything or any event which has no value or rationale or benefit for humankind. It reads, "Halloween is celebrated with a comical theme combined with terror in order to entertain and combat the concept of death that inspires mankind. It cannot be enjoyed by Muslims." Muslim people should instead memorialize the dead by conducting prayers and studying the Quran, according to the teaching.

"Has not the time arrived for the believers that their hearts in all humility should engage in the remembrance of Allah and of the Truth which has been revealed to them? That they should not become like those to whom was given the Book aforetime, but long ages passed over them and their hearts grew hard? For many among them are rebellious transgressors." (Qur'an 57:16)

What are Islamic Teachings regarding such Culture?

Almost all Halloween customs are rooted in either ancient pagan cultures or Christianity. All of them, according to Islam, are kinds of idolatry (shirk). Our festivities as Muslims must reflect and promote our faith and ideals. How can we serve just Allah, the Creator, if we engage in paganism, divination, and the spiritual world? Many people engage in these events despite having little knowledge of the history or pagan links, simply because their acquaintances do it, their family did it ("it's a custom!"), and it's "fun!"

Quran has put a question mark for those who blindly follow such customs.

"When it is said unto them, 'Come to what Allah has revealed, come to the Messenger,' they say, 'Enough for us are the ways we found our fathers following.' What! Even though their fathers were void of knowledge and guidance?" (Qur'an 5:104)

Purpose of Islam behind condemning such Events

Islam promotes the concept of conscious living, and its arrival helped to purge ignorant and superstitious habits. Muslims have been told to labour for a good cause that will benefit all of humanity. Indulging in primitive and foolish activities may only lead to squandering one's life and, as a result, making one an eternal failure.