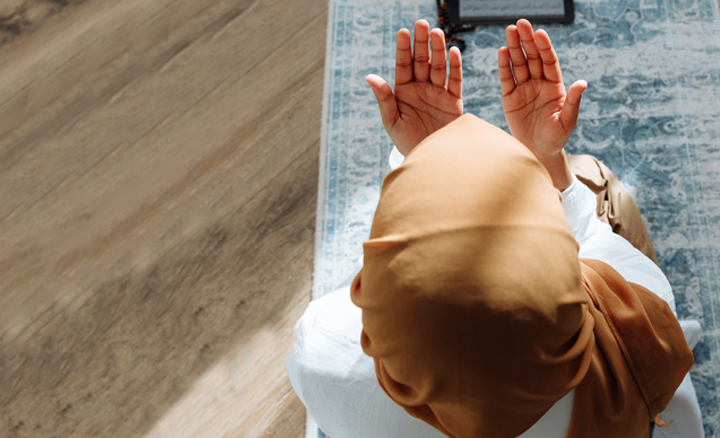 Things to do in month of Dhul Hijjah

Allah has blessed this Ummah with numerous opportunities to gain rewards through His infinite mercy. The last month of Islamic calendar Dhul-Hajj also holds greater significance as it is the holy month of the Pilgrimage. Its first ten days are virtuous days for Muslims. These days are considered sacred for both, the people who are performing hajj and those who are not.

What should we do in month of Dhul-Hijjah?

Therefore, we must focus on increasing our worship especially during these days to get most of the rewards even if we are not doing Hajj. The Prophet Muhammad (PBUH) said,

There are plenty of things one can do to make the most of these blessed ten days.

During these first ten days of Dhul-Hijjah, the simplest and yet effective way to remember Allah is engaging in Dhikr. Ask for Allah’s forgiveness, increase in supplication and prayers.

In Makkah during hajj, every pilgrim will be reading Talbiyah throughout the day and night. The people at home must recite Takbir (saying Allahu Akbar), Tahmid (saying al-hamdu Lillah), Tahlil (saying La ilaha ill-Allah) and Tasbih (saying Subhan-Allah) to proclaim the greatness of Allah.

Abdullah ibn `Umar (may Allah be pleased with him and his father) reported that the Prophet (peace and blessings be upon him) said:

"There are no days greater in the sight of Allah and in which righteous deeds are more beloved to Him than these ten days, so during this time recite a great deal of Tahlil (saying: 'there is no god but Allah'), Takbir and Tahmid" [Musnad Ahmad ibn Hanbal, 7/224].

2. Fasting During the Day and Praying At Night

Our Prophet Mohammad (PBUH) has encouraged us to do the righteous deeds in these blessed days. It is Sunnah to fast during the first nine days as fasting is considered as one of the best deeds that Allah has chosen for Himself.

Allah says: ” All the deeds of the son of Adam are for him, except fasting, which is for Me and I shall reward for it. [Al-Bukhari, 1805].

Prophet Muhammad (PBUH) used to fast on the day of Arafah (9th of Dhul-Hijjah). Hunaydah ibn Khalid narrated from his wife, that one of the wives of the Prophet (PBUH) said:

“The Prophet (PBUH) used to fast on the first nine days of Dhul-Hijjah and the day of ‘Ashura’, and three days each month, the first Monday of the month and two Thursdays” [Sahih Abi Dawud, 2/462].

Every little action becomes more valuable if it is done with the good intention during these first ten days. Increase in giving sadqah and spending in the way of Allah.

The Prophet (peace be upon him) said:

He also said that Allah offers relief on the Day of Judgement for those who give sadaqa:

“The believer's shade on the Day of Resurrection will be their charity,” (Hadith, Tirmidhi).

Other than praying the best acts of worship for gaining the pleasure of Allah is reciting Quran regularly and even more during these blessed days. Reciting and understanding the message of Allah is important to get closer to Him. Your reward will be multiplied for reading each letter during these best days.

Not every person in our Muslim community has the means to offer qurbani. Our Prophet (PBUH) during the days of Eid would offer additional sacrifice of animal on behalf of a person who is unable to afford it.

Allah says in the Quran, “There has come to you a Messenger of Allah from among yourselves, who is distressed by the losses you sustain, who is ardently desirous of your welfare and is tender and merciful to those that believe” [9:128].

These are some of the things you can do during the first ten days of Dhul-Hijjah to make the most out of it and earn more rewards and gain His pleasures as well as forgiveness.