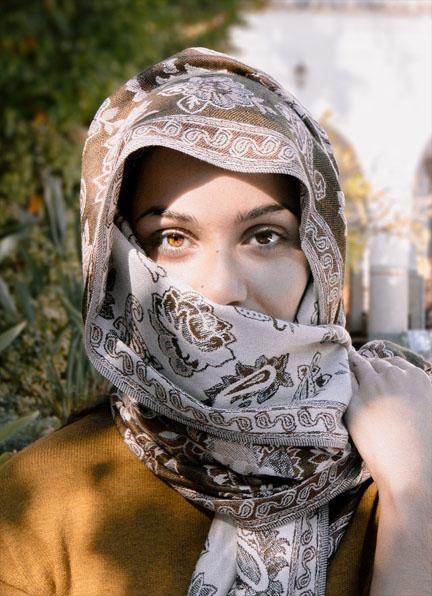 What is Silence considered in Islam?

Hence, silence is considered as the meaningful thing because when a person has not something effective or good to say then he/she should remain silent. Because talking irrelevance could lead to backbiting, false claims, hypocrisy, and other sins.

However, talking meaningful is highly encouraged in Islam because when we talk something meaningful, we are somehow teaching knowledge to others and spreading the good words.

There is another following hadith on Silence:

As reported by Ibn Umar, the Prophet (peace be upon him) said,

“Don’t you talk much unless for zikr to Allah, because much-talking leads to indomitable heart and the furthest human from Allah is the one with indomitable heart, those who unwilling to receive guidance.” [Tirmidi]

It is indeed true that self-reflection teaches a person more about his ownself than others who teach the person. Hence, silence helps a person to do self-scrutiny and self-evaluation about his deeds and to self-correct afterwards. Silence also allows a person to actually understand the situation the way it is.

“The wiser the man is, the less he will speak.” Talking less also increases the value of the words as Imam Ja’far as-Sadiq once said:

“One knows the value of his speech will also know the value of silence. In fact, if one adopts silence, he will value his speech and therefore guard it like he guards his wealth.” [Imam Ali]

Silence is not a Weakness

Silence is never a weakness but it is strength because when a person wisely chooses what to say he would not have any regrets of speaking wrong. Thus, such a person is always the powerful one because he has control on his anger, on his words, and on his actions as well.

Silence or choosing wisely to speak is also strength in a way that it helps another person to look at the situation and to decide the difference between right and wrong.

“Indeed, We have destined many jinn and humans for Hell. They have hearts they do not understand with, eyes they do not see with, and ears they do not hear with. They are like cattle. In fact, they are even less guided! Such ˹people˺ are ˹entirely˺ heedless” [7:179].

Speaking is encouraged when speech is meaningful

Humans are considered by Almighty Allah as the top creatures than any other creature in the universe. Humans are given this rank due to the language and thinking. Humans can speak and think and this is why there is no other creature who is above humans on ranking.

As humans are blessed with this unique characteristic that they can speak and they can think; therefore, they should use this power in a good way rather misusing these powers. Humans can change the world and bring peace in the world by using these powers in a right way.

As Allah says in Quran in Surah in Surah Tawbah, verse 70-71:

“O believers! Be mindful of Allah, and say what is right. He will bless your deeds for you, and forgive your sins. And whoever obeys Allah and His Messenger, has truly achieved a great triumph” [33:70-71].

What is considered as a Good Speech?

Allah has taught each and everything to humans through his messengers and through the book of Allah “The Quran”. He has also informed us that what is right and what is wrong and what we should stay and when we should stay silent.

As Allah says in Quran in Surah An-Nisa, verse 114:

“There is no good in most of their secret talks—except those encouraging charity, kindness, or reconciliation between people. And whoever does this seeking Allah’s pleasure, We will grant them a great reward” [4:114].

In the above verse, Allah has clearly mentioned that what should be the meaningful topics of speech. However, there is no harm in it to enjoy and giggle among your friends and family but we all should be very much careful that while enjoy the conversations, we should never backbite, talk anything bad, plan something bad to harm others, or anything which has worst consequences. We should avoid such things while we talk.

“Allah does not like the evil words to be said openly except from anyone wronged. Allah is All-Hearing, All-Knowing” [4: 148]

The above verse clearly mentions that Allah does not like any evil thoughts or evil words which could hurt or harm someone else. And indeed! He knows what is there in our hearts and what we speak aloud. He knows everything.

What we should do?

Therefore, we should try to be positive and we should think all the time that we could die anytime and so we should be kind every time because we never know the day of our death. And after death we will not get a chance to fix the mistakes we have committed in this world. But we can surely fix the mistakes in this world by turning ourselves towards kindness and meaningful speech or to stay silent rather speaking useless.

This is the way Muslims live that they cannot think or they do not say anything bad about others. When they speak, they speak well.