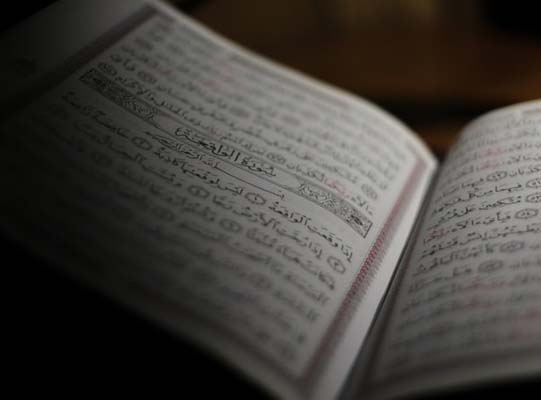 It Is Never Too Late To Repent

Mistakes and shortcomings are certainly part of life and nobody is free of deficits or mistakes or forgetfulness and sin in his obedience to Allah. Every one of us fails, engage in doing sins and draws on mistakes. We turn to Allah occasionally, and from Him sometimes we turn away. We clearly remember that Allah is watching now and then, we become negligent occasionally. None of us is morally perfect, and we make mistakes inevitably. So the Prophet (P.B.U.H) has said: “By the One in Whose hand is my soul if you did not commit sin Allah would do away with you and bring people who would sin then pray for forgiveness.” [Narrated by Muslim, 2749].

Although the general concept of repentance is widely known, the Islamic notion of repentance is not so familiar and is often the subject of misconceptions and doubts. Repentance in Islam plays a crucial role and is integral to nature. It presents itself deeply engrained within the system of beliefs in several ways, as the centre of Islamic doctrine (aqeedah), as a basis of jurisprudence or judgments (fiqh), and as an act of worship (ibadah) ultimately in practice Spiritual and self-purification (tazkiyah) dimensions of repentance that lie in the heart are also equally important. And he (P.B.U.H) has said: “Every son of Adam sins and the best of those who sin are those who repent.” [Narrated by al-Tirmidhi, 2499; classed as Hasan by al-Albaani].

This has further focused the universal essence of Tawba that it is a source of hope for all sinners as well as the faithful and as a way of life necessary for the survival of this world and the Hereafter. The heart plays a crucial role far beyond its physiological purpose in Islam; the sacred text refers to it as the source of command of the mind and actions of humans. Therefore, the heart tests spiritual stability by which moral weaknesses or spiritual ailments linked to one's true motives, desires and suspicions can be defined and addressed. These include many negative feelings such as arrogance and anger that can adversely affect one's actions if managed properly.

The Prophet (P.B.U.H) has described the deep effects of sinning and repentance on the heart as follows: “Verily, when the slave (of Allah) sins, a black spot appears on his heart. When he refrains from it, seeks forgiveness and repents, his heart is polished clean. But if he returns, it increases until it covers his entire heart. And that is the ‘Ran’ [rust] which Allah mentioned: ‘Nay, but on their hearts is the Ran [rust] which they used to earn.”

In His grace towards the poor, Allah Almighty has opened to him the door of repentance and ordered him to submit to Him whenever sin overwhelms him. If this were not the case, man would be deeply hurt and have no desire to draw closer to his Almighty; in the end, he would lose all hope of forgiveness or salvation Repentance is inevitable because of divine failures and moral weaknesses.

“And all of you beg Allah to forgive you all, O believers, that you may be successful” [al-Noor 24:31]

“O you who believe! Turn to Allah with sincere repentance!”

And the Messenger of Allah (P.B.U.H) has said: “O people, repent to Allah and seek His forgiveness, for I repent one hundred times a day.” [Narrated by Muslim, 2702 from the hadeeth of al-Agharr al-Muzani].

Allah has conferred His mercy and kindness upon His servants. He is compassionate and does not straight away punish us or destroy us; instead, He gives us relief, and He has ordered his Prophet (P.B.U.H) to declare his generosity.

“Say O ‘Ibadi (My slaves) who have transgressed against themselves (by committing evil deeds and sins)! Despair not of the Mercy of Allah, verily, Allah forgives all sins. Truly, He is Oft Forgiving, Most Merciful”

And He being the most kind towards His slaves says:

“Will, they not turn with repentance to Allah and ask His forgiveness? For Allah is Oft Forgiving, Most Merciful”

“And verily, I am indeed forgiving to him who repents, believes (in My Oneness, and associates none in worship with Me) and does righteous good deeds, and then remains constant in doing them (till his death)”

“And those who, when they have committed Fahishah (illegal sexual intercourse) or wronged themselves with evil, remember Allah and ask forgiveness for their sins; — and none can forgive sins but Allah — and do not persist in what (wrong) they have done, while they know”

“And whoever does evil or wrongs himself but afterward seeks Allah’s forgiveness, he will find Allah Oft Forgiving, Most Merciful”

Allah calls to repentance those who commit the gravest form of shirk and sin, those who say that ‘Eesa (P.B.U.H) is the son of God – exalted be Allah far above what the wrongdoers say. Allah says (interpretation of the meaning):

“Will, they not turn with repentance to Allah and ask His forgiveness? For Allah is Oft Forgiving, Most Merciful”

Someone who repented from banditry, another from adultery, and others from drinking alcohol, taking drugs, severing the ties of kinship, of not prayer or being too lazy to pray in the community, disobey parents, treat in Riba and bribes, rob, bloodshed, unlawfully consume or smoke people's wealth. Anyone who is repentant of any sin is to be praised since it is as if by their sincere repentance they were born again.

Learning from the example of the noble Prophets, the elite group of companions and many of our devoted Predecessors, dedication is the consistent part of the spiritual life of the believers. But for Tawba to be revived, it has to be put into practice: to continually try to acquire knowledge in one's faith and practice, to choose the right company, to visit the times and places of dhikr and of remembering the pain of remorse as fuel to remain in the path of the righteous, counting themselves among those who return frequently to Allah.