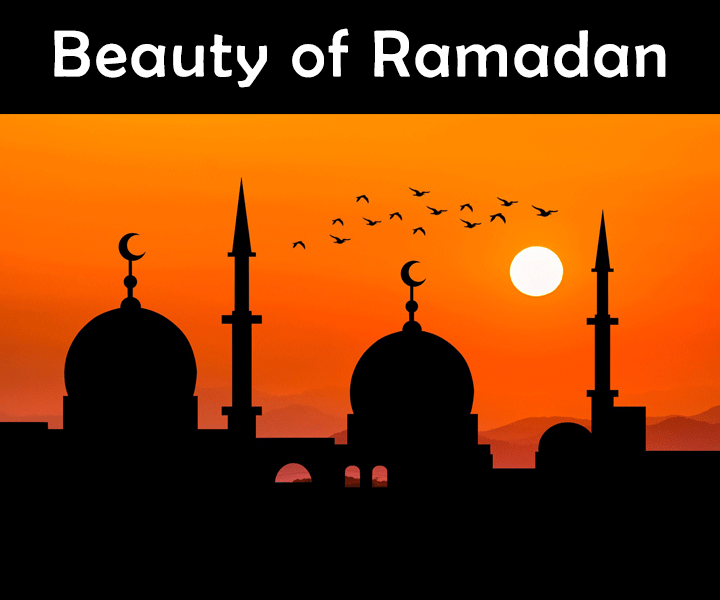 Things Muslims do in Ramadan

For about all Muslims, Ramadan is indeed the most desired month! It is traditionally regarded as the period of fasting and good deeds. In summary, Ramadan is a period that, if properly observed by a Muslim, will aid in the purification of his or her soul as well as bring him or her closer to God. Ramadan is the Muslim lunar calendar's ninth month. During Ramadan, good adult Muslims fast during dawn to dusk. This encompasses not drinking, eating, engaging in unethical conduct, or being angry. Even during holy month, other forms of worship including fasting, reading the Quran, and charity are welcomed.

Quran also speaks about this great month of Ramadan in Surah Al-Baqarah, verse 185:

“The month of Ramadan is the one in which the Qur’ān was revealed as guidance for mankind, and as clear signs that show the right way and distinguish between right and wrong. So those of you who witness the month must fast in it. But the one who is sick, or is on a journey (should fast) as much from other days (as he missed). Allah intends (to provide) ease for you and does not intend (to create) hardship for you. All this is so that you may complete the number (of fasts as prescribed) and proclaim the Takbīr of Allah for having guided you, and (so) that you may be grateful” (translated by Mufti Taqi Usmani).

Ramadan is the Muslim lunar calendar's ninth month. During Ramadan, good adult Muslims fast during dawn to dusk. This encompasses not drinking, eating, engaging in unethical conduct, or being angry. Even during holy month, other forms of worship including fasting, reading the Quran, and charitable works are favored.

Beauty of Seher and Iftar

During this sacred month of Ramadan, Muslims wake up in mid night take pre-dawn meal which is known as Seher. Then they remain in fasting throughout the day. During fasting they pray and worship to Allah, and do good deeds. A Muslim realizes a true blessing of Allah when he sees a table (or dastarkhuan) full with meal of different variety. The time of iftar is the most beautiful time to thank Allah for all the blessings He has given us.

“Abu Huraira reported Allah's Messenger (P.B.U.H) as saying: When there comes the month of Ramadan, the gates of mercy are opened, and the gates of Hell are locked and the devils are chained” [Sahih Muslim; Book 6; Number 2361].

Fasting from dawn to dusk makes the Muslims pure as he is in a state of worship (fasting) for a long time and this long time of worship encourages Muslims to perform more good deeds even after fasting. This practice brings Muslims closer to Allah and makes their beliefs stronger. As Allah says in Surah Al-Baqarah, verse 183:

“O you who believe, the fasts have been enjoined upon you as they were enjoined upon those before you, so that you may be God-fearing” (translated by Mufti Taqi Usmani).

Prophet Mohammad said that being in a practice of worship of fasting not only reward Muslims for present good deeds but it also remove their past sins. Following Hadith is supporting this statement:

Narrated Abu Huraira(r.a): The Messenger of Allah (saw) said: "… whoever fasts during Ramadan out of sincere faith and hoping to attain Allah’s rewards, then all his past sins will be forgiven." (Bukhari).

Thus, Ramadan is the most beautiful and awaited month for Muslims across the globe and we should all respect and enjoy this month with proper given rules.