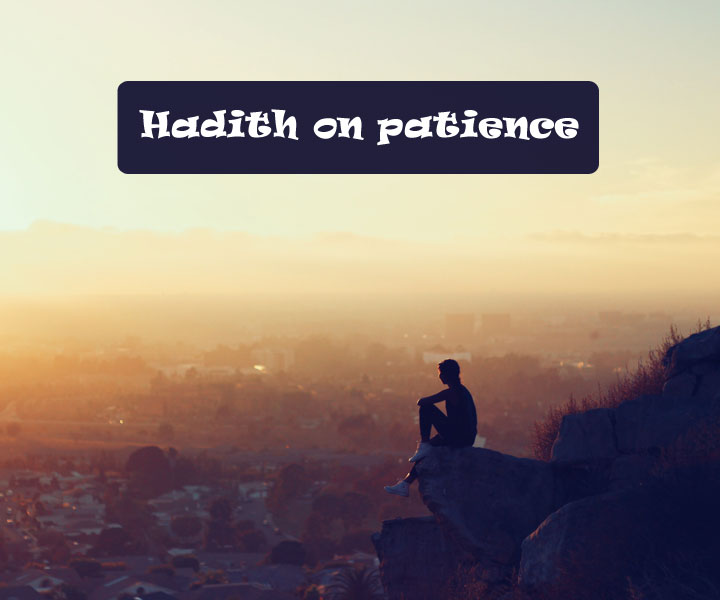 Impatience makes us suffer with our loved ones

Dwelling in the exaggerated life affairs, we somehow lose the track of being patient with the ones who are the most important. Our impatient behavior or incapability to adopt tolerance made us lose our closest and dearest family members.

The art of communicating with others, being tolerant and express patience to calm down the boiling anger at the time of any argument isn't an easy task but if done so would make us the most successful people.

In Islam this patience is “Sabr” emphasized multiple times and even the lives of our prophets is the true specimen for us. Hanging up one's hat in disappointment, worries and crises don't allow us to analyze the situation and we end up burning in anger affecting the people of our surroundings too.

The act of being patient is a lesson Islam teaches and to go with it individually/ collectively would lead us to promote the peace in society.

1. The Prophet said, "The real patience is at the first stroke of a calamity." [Hadith No: 389, Sahih Bukhari]

4. The Prophet (peace be upon him) passed by a woman who was weeping beside a grave. He told her to fear Allah and be patient. She said to him, “Go away, for you have not been afflicted with a calamity like mine.” And she did not recognize him. Then she was informed that he was the Prophet. So she went to the house of the Prophet (peace be upon him) and there she did not find any guard. Then she said to him, “I did not recognize you.” He said, “Verily, the patience is at the first stroke of a calamity” [Sahih Al-Bukhari – Book 23 Hadith 372].

5. Narrated Abu Huraira: Allah’s Apostle said, “The example of a believer is that of a fresh tender plant; from whatever direction the wind comes, it bends it, but when the wind becomes quiet, it becomes straight again. Similarly, a believer is afflicted with calamities (but he remains patient till Allah removes his difficulties.) And an impious wicked person is like a pine tree which keeps hard and straight till Allah cuts (breaks) it down when He wishes” [Sahih Al-Bukhari – Book 70 Hadith 547].

6. Narrated Ata bin Abi Rabah: Ibn ‘Abbas said to me, “Shall I show you a woman of the people of Paradise?” I said, “Yes.” He said, “This black lady came to the Prophet (peace be upon him) and said, ‘I get attacks of epilepsy and my body becomes uncovered; please invoke Allah for me.’ The Prophet (peace be upon him) said (to her), ‘If you wish, be patient and you will have (enter) Paradise; and if you wish, I will invoke Allah to cure you.’ She said, ‘I will remain patient,’ and added, ‘but I become uncovered, so please invoke Allah for me that I may not become uncovered.’ So he invoked Allah for her” [Sahih Al-Bukhari – Book 70 Hadith 555].

7. Narrated Anas bin Malik: I heard Allah’s Apostle saying, “Allah said, ‘If I deprive my slave of his two beloved things (i.e., his eyes) and he remains patient, I will let him enter Paradise in compensation for them” [Sahih Al-Bukhari – Book 70 Hadith 557].

8. Narrated Samurah ibn Jundub: The Prophet (peace be upon him) named our cavalry “the Cavalry of Allah,” when we were struck with panic, and when panic overtook us, the Apostle of Allah (peace be upon him) commanded us to be united, to have patience and perseverance; and to be so when we fought” [Sunan of Abu-Dawood – Book 14 Hadith 2554].

9. Narrated Aisha: I asked Allah’s Apostle about the plague. He said, “That was a means of torture which Allah used to send upon whomsoever He wished, but He made it a source of mercy for the believers, for anyone who is residing in a town in which this disease is present, and remains there and does not leave that town, but has patience and hopes for Allah’s reward, and knows that nothing will befall him except what Allah has written for him, then he will get such reward as that of a martyr” [Sahih Al-Bukhari – Book 7 Hadith 616]