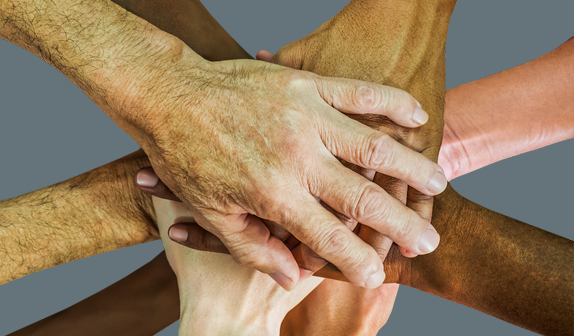 Islam is the religion of peace and harmony. It is the religion of tranquility and brotherhood among people. Islam teaches unity which is the most important ingredient for the survival of people on this planet. Religion Islam has laid the great emphasis on the development of brotherhood, love, respect, and prosperity among the Muslims.

“The believers are nothing but brothers, so make settlement between your brothers. And fear Allah that you may receive mercy”.

Unity gives power, strength, and courage in any particular community or group and it becomes so much difficult for the external sources to crush, break or harm any individual from the united community. People feel strong and secure in those societies and networks where there are less conflicts and more understanding .This leads to grow such societies faster, also helps to achieve something bigger and better in the world. Unity is the greatest blessing of Almighty Allah and the major element of success in every aspect of life. Muslims should try to ignore the little things of other Muslim brothers in order to avoid the conflicts and if they face difference of opinions then they should try to negotiate the issues among each other in a very decent way. Muslims should also pray along, that may Allah save them from such disputes to have a peaceful life.

“And obey Allah and His Messenger, and do not dispute and [thus] lose courage and [then] your strength would depart; and be patient. Indeed, Allah is with the patient”.

In another place Allah says in Surah Ali-Imran, verse 103:

“And hold firmly to the rope of Allah all together and do not become divided. And remember the favor of Allah upon you - when you were enemies and He brought your hearts together and you became, by His favor, brothers. And you were on the edge of a pit of the Fire, and He saved you from it. Thus Allah does make clear to you His verses that you may be guided”?

Being a Muslim, an individual must have empathy towards other Muslim brothers. Empathetic attitude is an important factor for the good physical and mental health of both sides. This ability to see things from another person's perspective and empathize with another's emotions plays a vital role for a balanced and healthy society.

“The parable of the believers in their affection, mercy, and compassion for each other is that of a body. When any limb aches, the whole body reacts with sleeplessness and fever.” [Ṣaḥiḥ Bukhari 5665, Ṣaḥiḥ Muslim 2586]

The above hadith shows us the strong relationship among the Muslim brothers. Prophet Mohammad (P.B.U.H) has drawn an analogy of brotherhood with the parts of body that how Muslims should need to take care of their brothers and they must worry if one of them is in pain.

“Whoever prays like us and faces our Qibla and eats our slaughtered animals is a Muslim and is under Allah’s and His Apostle’s protection. So do not betray Allah by betraying those who are in His protection.” [Sahih Bukhari, Volume 1, Book 8, Number 386]

Muslims are equal regardless of their color, cast, language, or culture but they can be only differing on the basis of good or bad deeds. In the last Sermon of Holy Prophet (P.B.U.H), he said:

How beautifully this last sermon of Prophet Mohammad (P.B.U.H) depicts the equality and brotherhood among the Muslims.

Islam is the religion of peace, justice, unity, and equality. Religion Islam serves the humanity and teaches love and respect. To have prosper and united society, Muslims should follow the teachings of Allah and His messenger Prophet Mohammad (P.B.U.H).