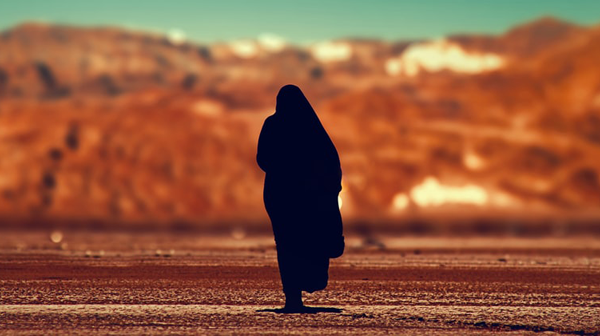 Status of Woman in Islam

In most of the places of this World, woman is still not considered as an important member of the society, especially when it comes to decision taking or freedom of speech. In such societies women are treated badly and their rights are underestimated. The rights of women which are given by Allah are suppressed by the people, which is totally unjust to the humanity.

Allah started the Surah An-Nisa with the following verse,

“O mankind, fear your Lord, who created you from one soul and created from it its mate and dispersed from both of them many men and women. And fear Allah, through whom you ask one another, and the wombs. Indeed Allah is ever, over you, an Observer”. [An-Nisa: 1]

In the above verse Allah is clearly stating that both men and women are produced by the same kind of bond between two persons. The process of giving birth is same to the boy and the girl then why society considers one superior over another? This question needs to be thought that if both the genders are coming from the same relationship, through the same process, both are descended from a single person - the Prophet Adam (A.S), then on what logic they are taken as differently when it comes to the rights of humanity. There are some restrictions to both the genders, there are some responsibilities to both the genders, and there are certain boundaries for both the genders in religion Islam. We must need to study the right Islam and what it says for both the genders (man and woman), so that we may act accordingly rather creating our own assumptions and generalizing those assumptions on the people.

God created men and women to be different in a way that they both have assigned with unique roles, different skills and responsibilities. These differences are not considered or viewed as the sign of superiority or inferiority to any of the gender over another, but of specializations. In the family the man is responsible for the financial matters while the woman contributes to the family’s maintenance, children’s upbringing, educational and emotional support. This encourages cooperation that a balance can be created by the help of both the pillars (man and woman), and it should not be considered as a competition. By fulfilling mutual responsibilities a happy and strong family can be formed which ultimately leads to the stable and fair society.

Both man and woman make the foundation of healthy life neither man nor woman can live a happy life without one another.

Allah describes this in Quran in Surah Al-Baqarah , verse 187:

Islam has put a great emphasis on the rights of woman, and Islam is the only religion who takes a greater care of woman’s status and her respect in the society. For example, Islam did not say that Eve is more blameworthy than Adam for eating the forbidden fruit. According to Islam, Adam and Eve both were equally wrong and sinful, they both were punished and later on God forgave them both.

Allah has revealed one of the entire chapters with the title “An-Nisa (The Women)” . In this Surah rights and respect of woman have been talked in various places, like in verse 3-4 and 127-130.

In verse 3 of Surah An-Nisa , Allah says to deal justly and fairly with the orphan girls and if justice cannot be done then do not marry them,

And in verse 4 of Surah An-Nisa , Allah says about the right of women on bridal gift,

“And give the women [upon marriage] their [bridal] gifts graciously. But if they give up willingly to you anything of it, then take it in satisfaction and ease”. [An-Nisa: 4]

This is the religion Islam, who takes a great care of even the smallest things like bridal gift. If Allah can reveal a verse on these little things, if Allah is taking care of the small happiness of woman then how He can put discriminations between the genders? The discriminations and inequality between man and woman are set by the people of this world, however the divine teachings are something beyond that and which are undoubtedly beautiful and if we study them as it is they were sent down to earth then there will be no inferiority left.