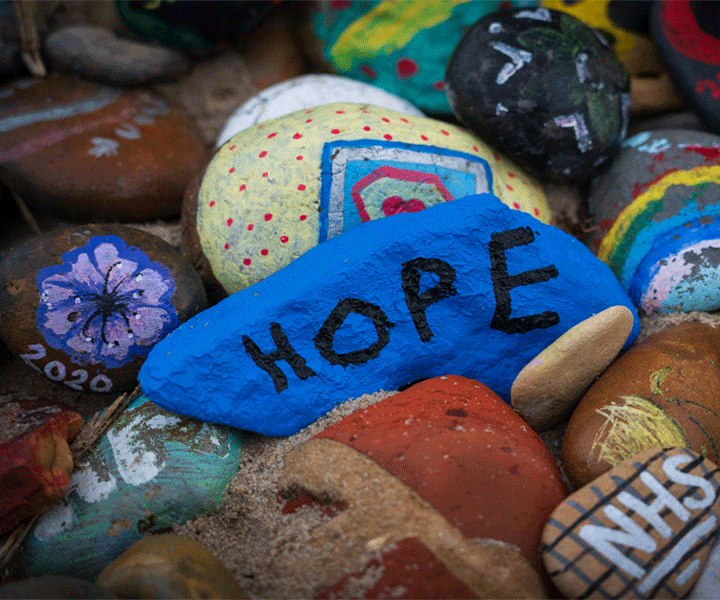 How to Build Hopes in Hard Times

Hope is the feeling of positivity and the optimistic state of mind which gives an instinct to people those coming ways would be easier than what has been past. This is the feeling which gives multiple reasons of living to people. As a verb, its definitions include: "to cherish a desire with anticipation."

Is it Easier to develop hope?

It is not difficult to develop hope. However, still sometimes it happens that people start losing hope up to this much extent that they develop suicidal thoughts. This uneasiness, anxiety, and suicidal thoughts develop due to lack of positivity inside a person. No hope or lack of hope pushes a person in the well of negativity.

Thus, a person needs to take a very good care towards his or her mental health which is possible in a way that a person should need to nourish his or her mind with positive thoughts and good hopes.

How to develop positive thoughts and hopes?

We have always heard that positive words impact people. This is why many people read positive quotes when they are depressed or they talk to positive people to gain some positive response in order to develop the hope. Similarly there are many verse of Quran by reading which people feel so much positive and they get this feeling of hope that there is some entity who is always with them and that Entity would surely make things easier for them.

Following are some verses of Holy Quran which are more than enough to build positivity and hopes:

Allah says in the above verse that He is the giver and gives so much to His people that they feel satisfied. If we understand this verse then we will realize that here Allah is giving so many hopes in a very beautiful manner and Allah is trying to say to His people that never lose hope because He is with His people to satisfy them by fulfilling their needs.

In later verse of the same Surah, Allah makes people recall with His blessings. Everyone in this world can relate this fact that they feel needy in some situations and then they communicate with Allah for easiness in their life. Allah indeed blesses them with what they have asked for and then such people get satisfied with their needs.

In the following verse Allah is creating positivity in those people who get hopeless in their lives. Allah is making such people believe that the way they have been blessed earlier similarly Allah is going to bless them again, thus hard times never means that it will stay forever but Allah will change this hard time with good time soon just the way He has always done.

Surah Ad-Duhaa is one of the most peaceful chapters of Holy Quran. This chapter is also said to be read in times when a person feels hopelessness in his or her life.

In the verse number 4 of Surah Ad-Duhaa, Allah says that the coming days are better than what has been past. This verse is the most powerful line to make people believe that what is currently happening will surely pass soon and the coming days would be better than this.

Hopes from only one God

The whole Quran is the best example of positivity and hopes which we can build from one and only God “Allah”.

For example, in the following verses of Surah Ash-Sharh verse 2 and 3 Allah says:

This verse seems so much clear that only He is the entity who has taken off all the burden for us because burdens, stress, worries nothing last so much long since Allah is there to make ease in every matter.

With every Hardship there is an Ease

These two verses are so much soothing to the soul and bringing thousands of hopes that indeed with every hardship, there is the solution and easiness hidden. Allah is the best judge and best Creator and He has created no hardship in this world of which He has not made its solution. Thus, the only thing matter is to trust on Him with so many hopes.

As Allah says in the last and the eighth verse of Surah Ash-Sharh of Holy Quran:

Allah has completely mentioned in this last verse that rather being hopeless a person should turn to Allah with the hope as Allah never disappoints His people.