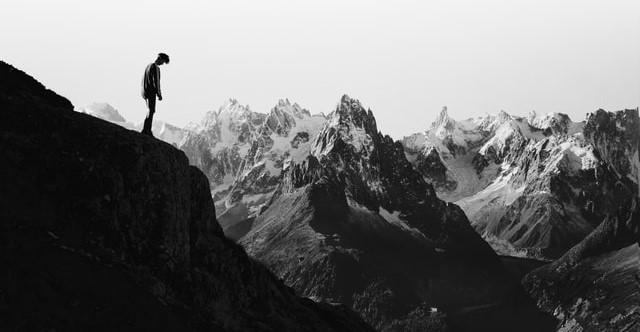 Today, we see many people resorting to suicide when life gets hard for them. Even severe depression led people to have suicidal thoughts. Some even try to commit suicide to end their painful life. As per the study of WHO, an average 80000 people die every year from suicide due to mental illness.

Suiciding is one of the most painful things that no one wishes to bear in life. And almost every religion has labelled it as ‘not the last option’. No matter what religion you follow, killing oneself is forbidden. Suicide is a taboo topic in Muslim society. Just because people in Muslim society do not talk about it openly, doesn’t mean it is not happening.

The most common reasons of people resorting to self-harm are depression, sadness and extreme stress. Deep depressive thoughts, finding no hope in life lead people to end their life believing that their pain will end too.

From a young age in the Muslim community, individuals are strictly told to stay away from suicide as it is declared haram in Islam. Allah said in the Quran

“And do not kill the soul which Allah has forbidden [to be killed] except by [legal] right. This has He instructed you that you may use reason” [6: 151].

In media, Islam and suicide have unfortunately been seasonalised and linked. Even though Muslims strongly believes that our religion has condemned the act of harming oneself, still there are Muslims that are promoting it. This life is a gift from Allah (swt) and He does not like people who take their own life.

In Quran, it is said:

We are told to hold on to Allah and have hope during the times of hardship, still there are people that resort to such low-level act that is not only haram for them but also painful. One of the ayahs in Quran tells people that the hardships and difficulties are temporary.

A Muslim taking his own life, will not be rewarded for it piousness, no matter how many good deeds he did in his life in this world.

Thabit Ibn Al-Dahak narrated that the Prophet [peace and blessings be upon him] said:

If Muslims Commits Suicides What Happens To Them?

We usually often come across people who are Muslims, who have thoughts to end their due to depression lives knowing the fact that it is prohibited. But very few people knows what happens when a Muslim takes his/her own life?

If a person commits suicide, he goes straight to hell. This statement is enough to shook one’s mind but that’s a reality that even our Prophet (PBUH) told us at different instances.

The Prophet said, "Whoever swears by a religion other than Islam, is, as he says; and whoever commits suicide with something, will be punished with the same thing in the (Hell) Fire; and cursing a believer is like murdering him; and whoever accuses a believer of disbelief, then it is as if he had killed him" [Sahih Bukkhari, 78].

Allah’s rules and commandments never changes even if people think that being mentally ill makes it right for them to take their own life.

Are There Any Different Rulings for Mentally Ill?

Suicide is haram and must be avoided at all costs. But some psychologists suggest that if a person commits suicide and have lost touch with reality and they are insane different conditions apply to them. On the other hand, a believer, knowing that this is an act that Allah and Islam strictly condemns, it falls in a different category.

People dealing with clinical depression or any mental illness, suicide cannot be a breath of fresh air for them. Hallucinations and sever depression can result in people killing themselves where they themselves don’t know what they are doing or why they are doing. A suicide attempt in such case happened suddenly that these people with mental illness are not conscious.

We are not in a place to judge and say it to people that they will go to hell for attempting suicide. Indeed, Allah knows the best. We need to take a more holistic approach for suicide. It is haram in Islam, but bombarding people directly with such statements will only push them act on it. Prayers, Duas as well as placing one’s trust on Allah can be a part of solution.