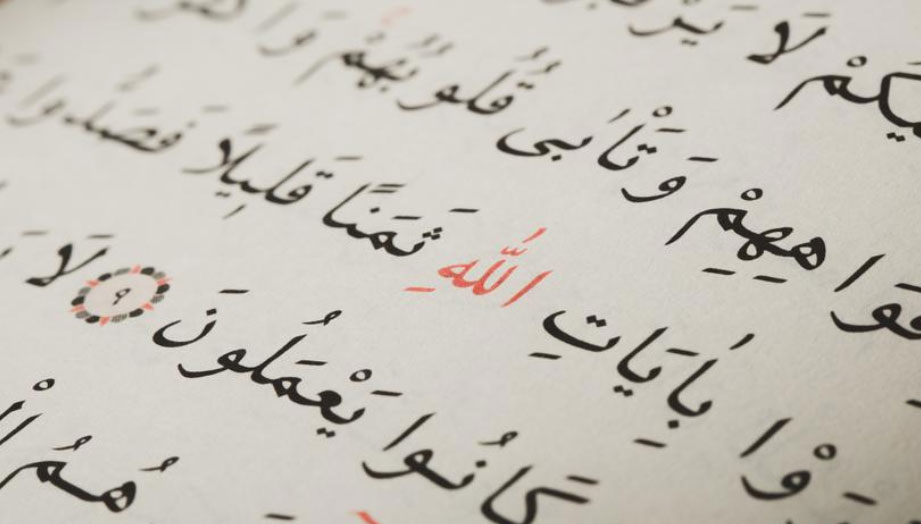 Word Allah is the nounal term used for the Lord of this universe. The word is being used for many years, even the disbelievers of Arab were also aware of the word 'Allah'.

Saying of Allah is,
And if you ask them as to who has created them, they will certainly say, “Allah”. Then, to where are they driven back (by their false desires)? (87)
( Surah Az-Zukhruf, Verse: 87)

If you ask them as to who created the heavens and the earth, they will certainly say, “Allah.” Say, “Then, tell me about those whom you invoke other than Allah, if Allah intends to cause some harm to me, are they (able) to remove the harm caused by Him? Or if He intends to bless me with mercy, are they (able) to hold back His mercy (from me)?” Say, “Allah is sufficient for me. In Him trust those who (rightly) trust (in someone).” (38)
(Surah Az-Zumar, Verse: 38)

And in their hard times, they asked mercy and help from Allah leaving their temporary gods behind. As Allah says in Quran,

He is the One who enables you to travel on land and at sea, until when you are aboard the boats, and they sail with those on board, under a favorable wind, and they are pleased with it, there comes upon them a violent wind, and the wave comes upon them from every direction, and they think that they are surrounded from all sides, they pray to Allah, having faith in Him alone, (and say,) “If You deliver us from this, we shall be grateful indeed.” (22)
(Surah Yunus, Verse: 22)

The concept of this Divine creator is constant in human nature regardless of era. And in ancient relgious notions, the cognates of this word can be found in many different ways similar to the word 'Allah'. For Example, word Ilya is used in Hebrew language which means 'Allah'. The title of Hazrat Yaqoob (A.S) is Hazrat Israel, which means the servant of Allah.

There are similar words of Allah which are used in Quran, amongst them one is 'Alaa' which not only means blessings, but, Allah's omnipotence, His perfections, and benevolence. Allah mentioned this multiple times in Surah Rehman which shows that this notion is innate in human's mind, that Allah is the only creator, only Allah is the absolute capable, great beneficent and merciful. If not then why men are asked again and again that,

The second similar word is 'Ilaha' which means a one who deserves love and who is worthy of worship, who is the only one to whom the prostration should be performed, and for whom every individual believes that He is the creator. This shows that the concept of word Ilaha is in human nature but gradually people started associating the word illaha with many other personalities too. People honor and praise these personalities in ways they don't actually deserve but only Allah deserves.

As Allah says in Quran,
Or the One who created the heavens and the earth and sent down for you water from the sky? Then We caused to grow with it gardens, full of glamour. It was not within your ability to grow their trees. Is there any god along with Allah? No, but they are a people who equate (others with Allah). (60)
(Surah An Namal, Verse: 60)

In Surah An Namal, it is being said again and again that this whole universe belongs to only Allah, He is responsible for every creation, then why you people make your temporary Ilahas leaving the real Creator behind.

However, the concept of Allah is the natural notion which is placed in the minds of human and it can't be emitted out. That's why every Prophet has said to his nation (Qaum) that,

As Allah says in Quran,

And to (the people of) Thamud (We sent) their brother, Salih. He said, “O my people, worship Allah. You have no god other than Him. He has created you from earth and made you settle therein. So, seek His forgiveness, then turn to Him in repentance. Surely, my Lord is near, responsive to the prayers.” (61)
(Surah Hud, Verse: 61)

This clearly states that the word 'Ilaha' is remained constant in the minds of every era. But in practical life people started believing multiple deities along with Allah.

Whereas in Islamic point of view when we utter word 'Allah' all the attributes associated to Allah come in our mind, because the word Allah is not seperated by His traits.

Quran tells us that not only disbelievers of Arab but other stubborn disbelievers also stumbled, because they were not familiar with the real notion of Allah and His attributes.

Allah says in another surah
They have taken their rabbis and their monks as gods beside Allah, and also (they have taken) Masih the son of Maryam (as god). And they were not commanded but to worship only One God. There is no god but He. Pure is He from what they associate with Him. (31)
(Surah Al- Tawbah, Verse: 31)